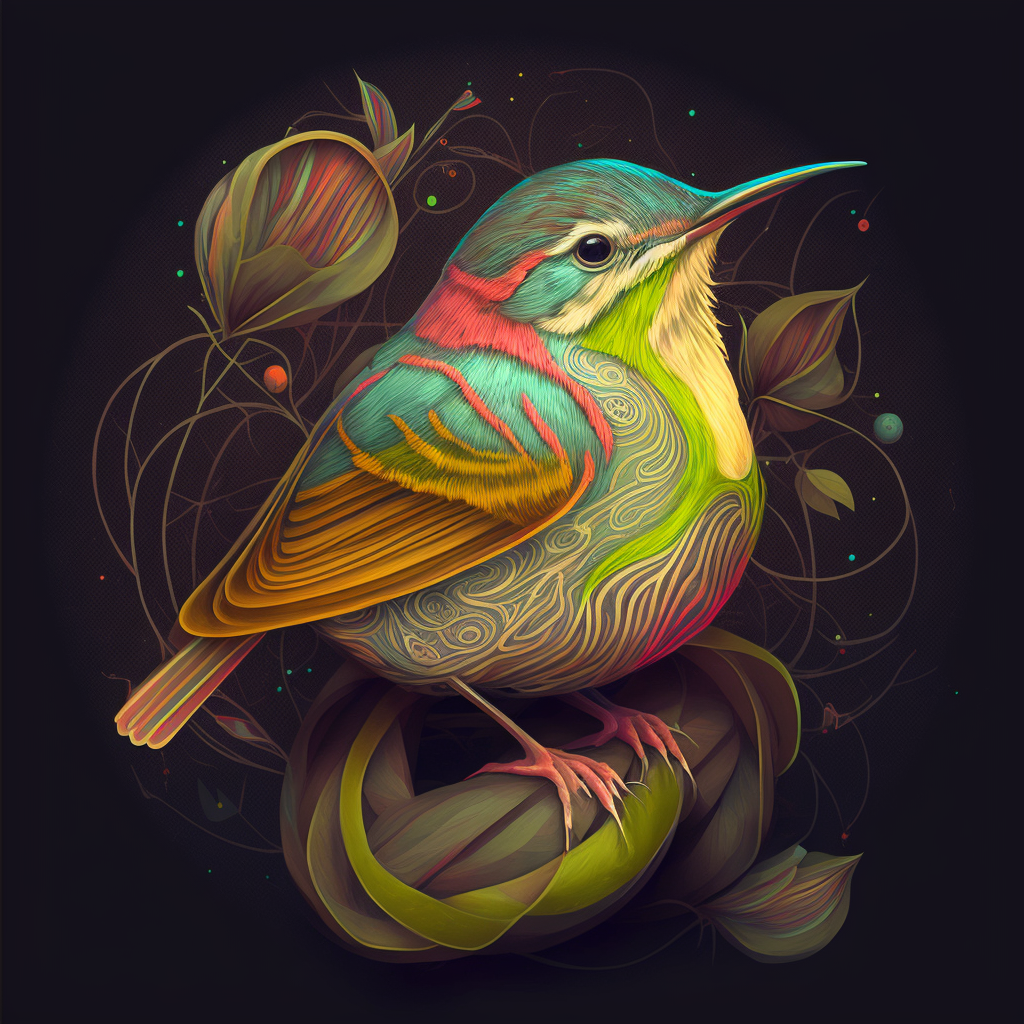 The Colored Kiwi of Love is a truly unique and fantastical bird, hailing from the mystical land of Zorblaxia. It boasts a vibrant, rainbow-colored plumage and a diet that includes its favorite food, mint chocolate chip ice cream. This bird makes its home among the treetops in the dense, enchanted forests of its native land and has the ability to change its plumage to match its surroundings, making it virtually invisible to predators. During mating season, males perform elaborate courtship rituals and females lay a single large egg. These birds are not commonly kept as pets, but if you were to have one, you might name it “Rainbow” or “Icy”. The Colored Kiwi of Love builds its nest out of soft, fluffy cotton candy, which it weaves into intricate, whimsical structures. These birds are known for their playfulness, mischievousness, and intelligence, and a flock of them is called a “Folly”.