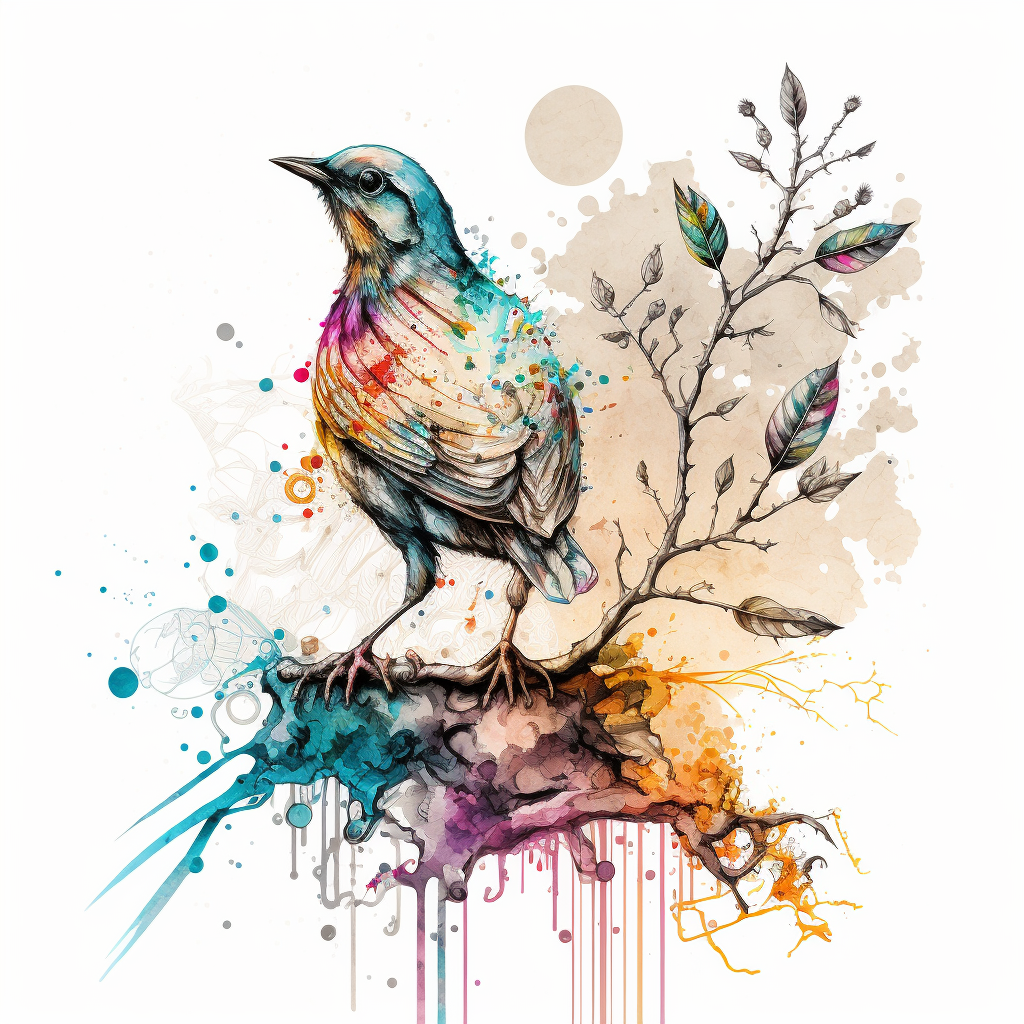 The Inkwell Impressionist bird is a unique and fascinating creature, with intricate patterns on its feathers that resemble the strokes of a pen and ink drawing. Native to a mysterious realm between the pages of books and the imaginations of artists, these birds can be found in the vast libraries and studios of the world. They have a diet primarily consisting of ink and paper and their favorite food is old books, particularly those with illustrations and calligraphy. The mating habits of these birds are quite elaborate, involving a courtship dance in which the males display their most intricate and beautiful feather patterns. The females lay a clutch of 2-3 eggs at a time and both parents take turns incubating them. One of the most unique aspects of this bird is its ability to manipulate and control the ink on its own feathers, creating mesmerizing displays of light and movement. Additionally, these birds have the ability to mimic the styles and techniques of various artists, making them sought-after companions for painters and illustrators.