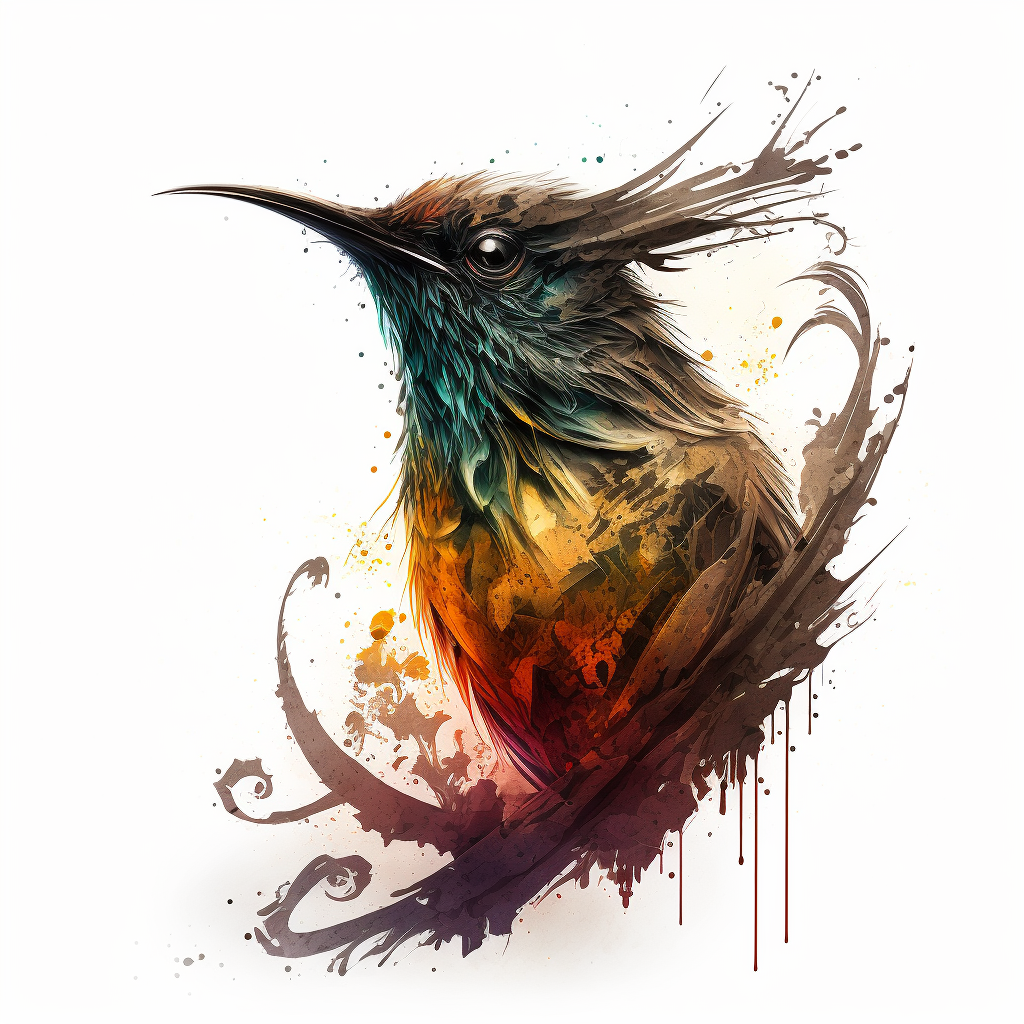 The Shadowed Sunbird is a truly unique and mysterious creature, with an appearance that is both striking and unusual. Its glossy black feathers and bright yellow patch on its chest give it a sleek and elegant look, while its long, thin beak and large, expressive eyes lend it a curious and inquisitive air. But the most remarkable thing about this bird is its ability to phase in and out of reality, allowing it to move through solid objects as if they were not there. This, combined with its extra eyes on the back of its head and its ability to change the color of its feathers depending on its mood, makes the Shadowed Sunbird a creature unlike any other in the world. It is known to inhabit the twisted forests of the Eclipse Lands, where it spends most of its time flitting between the twisted branches and gnarled roots of ancient trees, and its mating habits and rituals are quite extraordinary, involving singing strange, haunting melodies and performing acrobatic feats high above the forest canopy.