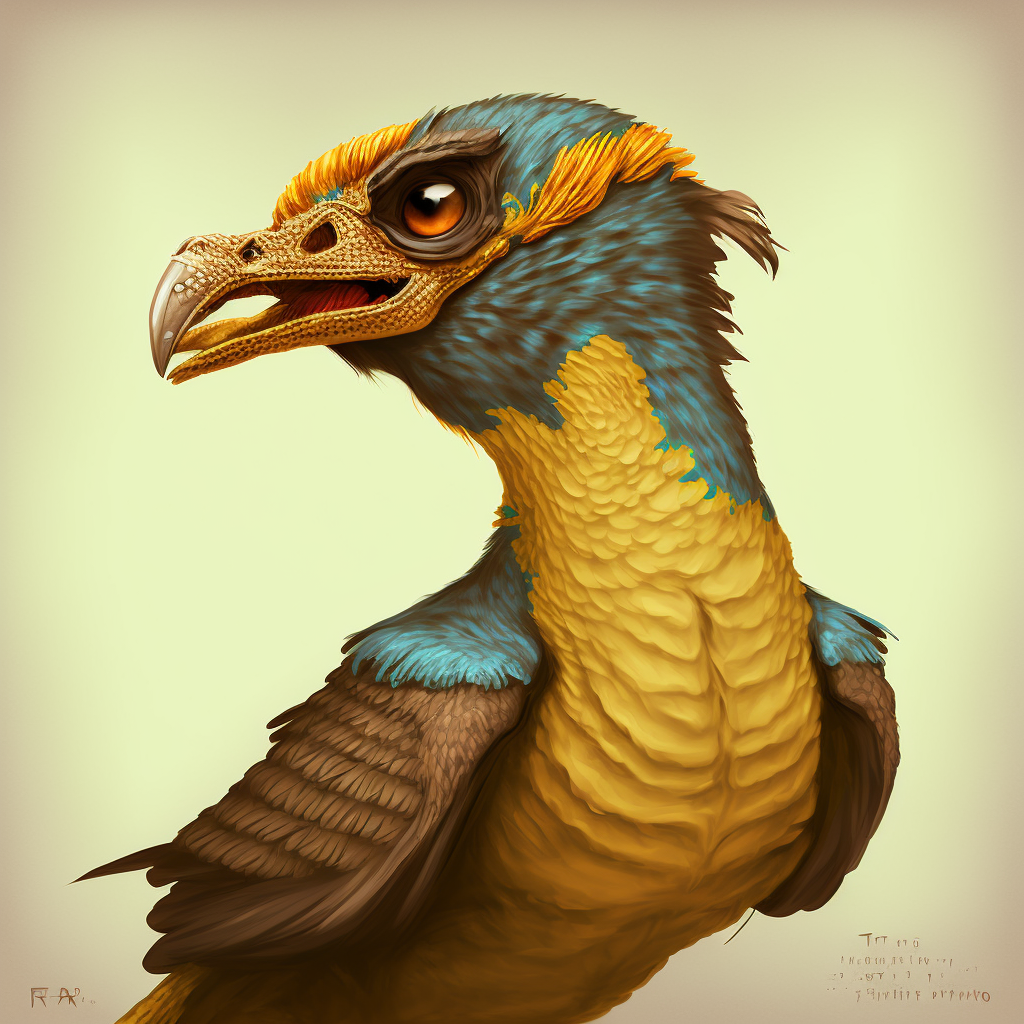 The Djinn Raptor is a captivating and mesmerizing bird that is sure to capture the hearts of bird enthusiasts everywhere. With its bone beak, fiery eyes, and feathers that resemble scales in shades of yellow and blue, the Djinn Raptor is truly a sight to behold. These birds are known for their large family units and their elaborate mating rituals, which involve a lot of dancing and singing. The female Djinn Raptor lays a single egg at a time, which is then carefully guarded by the entire family unit. One of the most unique things about the Djinn Raptor is its ability to change color at will, this is a very useful adaptation for avoiding predators, as the bird can blend in with its surroundings. Another unusual trait of the Djinn Raptor is its ability to shoot fire from its eyes. This is a very effective defense mechanism and is used to ward off predators. Djinn Raptors are not often kept as pets, but if someone were to keep one as a pet, they would likely name it Blaze. These birds make their nests in caves and underground burrows, which they dig with their bone beaks, and they are known for their playful and mischievous personality. They are very social birds and enjoy spending time with their family units. They are also quite intelligent and enjoy playing games and solving puzzles.