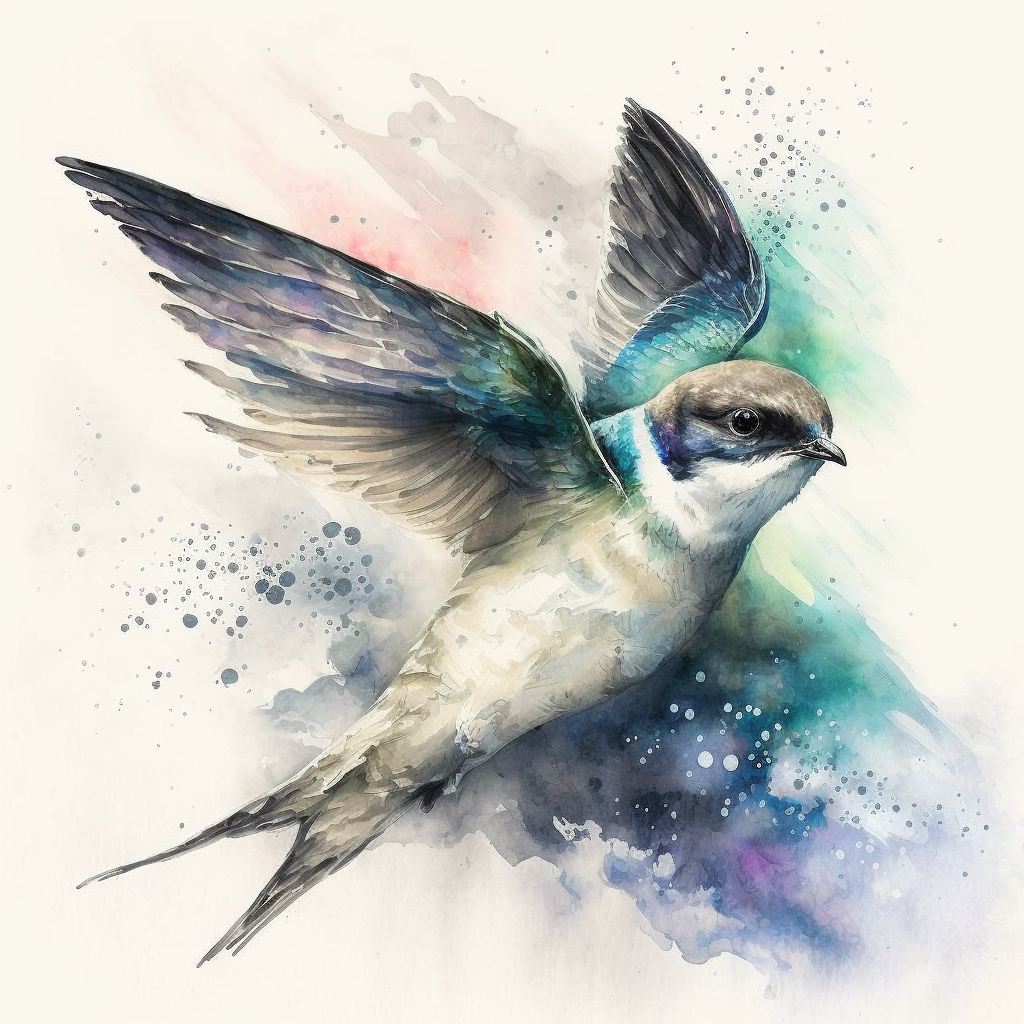 The Swooping Swiftlet is a truly unique and captivating bird, hailing from the mystical realm of Faerie. With its ability to change color at will, and a diet consisting mainly of moonbeams and stardust, this bird is unlike any other. Its habitat is diverse, and it can be found soaring through the skies in any environment, from the Amazon rainforest to the frozen tundra of Antarctica. The males engage in elaborate courtship rituals involving acrobatic aerial displays and gift-giving, and the females lay a single, shimmering egg that hatches into a tiny, glittering chick. The Swooping Swiftlet’s nest is a work of art, crafted from cobwebs, dewdrops, and butterfly wings and typically found in ancient trees. With its prehensile tail feather and incredible speed and agility, it can easily avoid its predators such as dragonfire, giant eagles and grumpy old wizards. This bird is playful and mischievous, known for playing pranks on unsuspecting creatures. A group of Swooping Swiftlets is called a “swirl” for the way they dance in the sky.