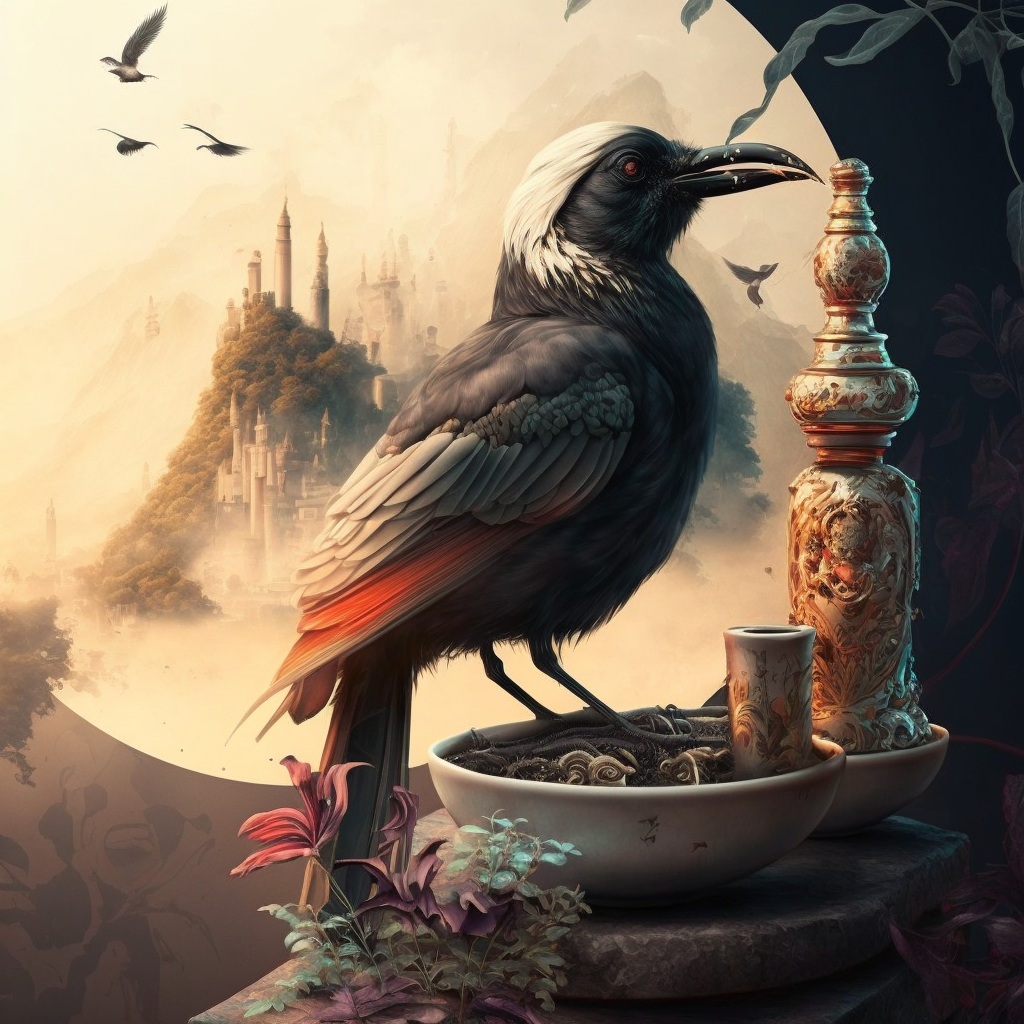 The Painted Puffin is a truly unique and majestic bird, characterized by its ornate plumage featuring bold stripes of color. It is originally from a far-off planet in a distant galaxy, where it has a habitat of floating cities made of crystal. It was brought to Earth by a group of intergalactic bird enthusiasts who were enamored with its ornate plumage. The Painted Puffin’s diet is quite unusual, it has a fondness for spicy foods such as jalapenos and habanero peppers, and its favorite food is a good old fashioned hotdog, grilled to perfection. The Painted Puffin’s mating rituals are quite elaborate and involve a series of aerial acrobatics, culminating in the male presenting the female with a hotdog as a gift. One of its unique adaptations is that it has the ability to change the color of its plumage at will and also exude a spicy scent that it uses to attract mates and deter predators. Painted Puffins are not typically kept as pets, but if someone were to keep one as a pet, a suitable name might be “Pepe the Puffin.” Painted Puffins make their nests out of old newspapers and discarded cigar wrappers, typically in the rafters of abandoned buildings and they have a number of ways to avoid predators. It has a mischievous streak and is known to play pranks on unsuspecting passerby and also has a deep love for jazz music, often tapping its foot along to the beat. A group of Painted Puffins is called a “Puff-Party.”