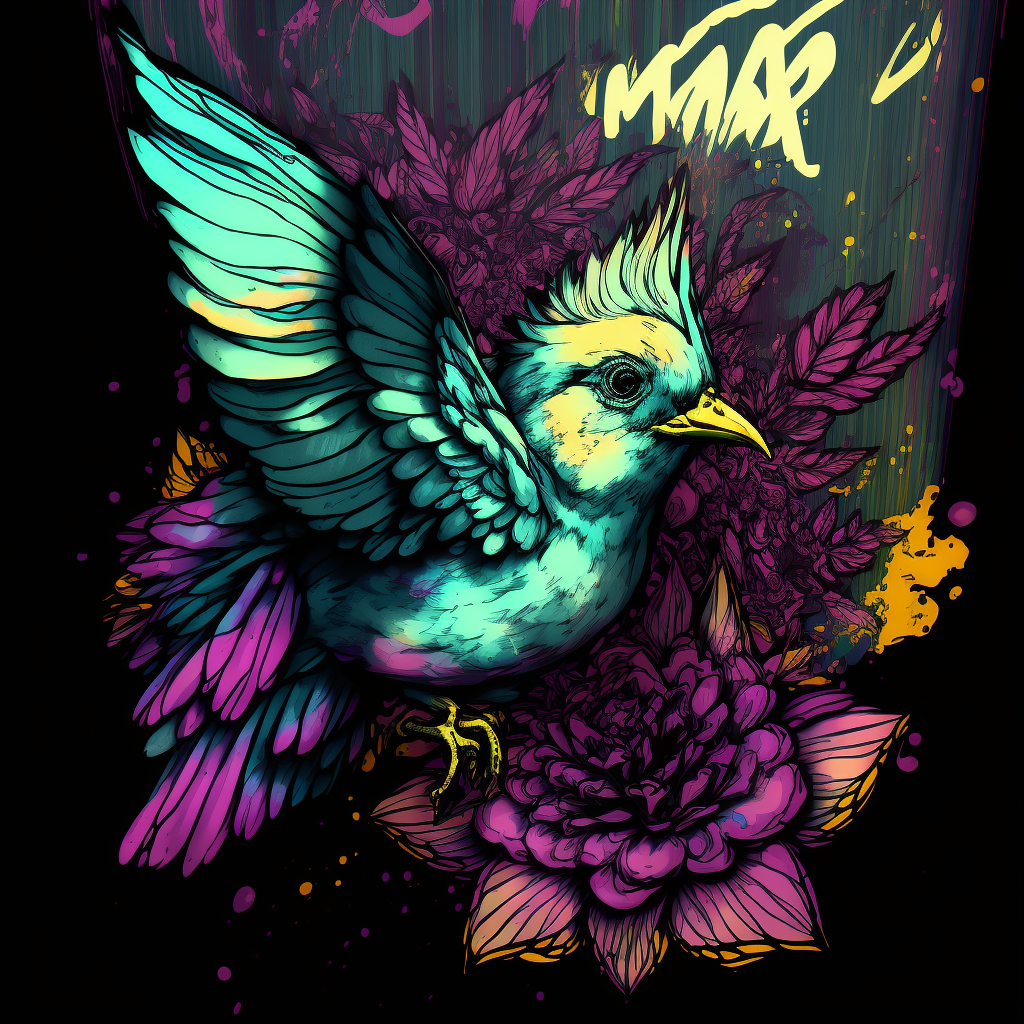 The Electric Emerald Parrot is a truly unique bird, hailing from a parallel dimension where technology and magic coexist. Its vibrant green and teal plumage is offset by its ability to harness electricity and use it as a source of energy. It can often be found perched on power lines and electrical substations, feeding on the electricity flowing through them. The Electric Emerald Parrot is also known for its ability to communicate telepathically with other Electric Emerald Parrots, and can even manipulate electronic devices with its mind. One of the most unusual trait of this bird is that it has the ability to levitate. During mating season, males put on an elaborate light show, using their electrical abilities to create a dazzling display for the females who lay a single, highly-charged egg that glows in the dark. They make their nests in power substations and electrical transformers using the electrical currents to keep their eggs warm and safe from predators, but it’s not a common pet due to its specific needs. A group of Electric Emerald Parrots is called a “Zap.”