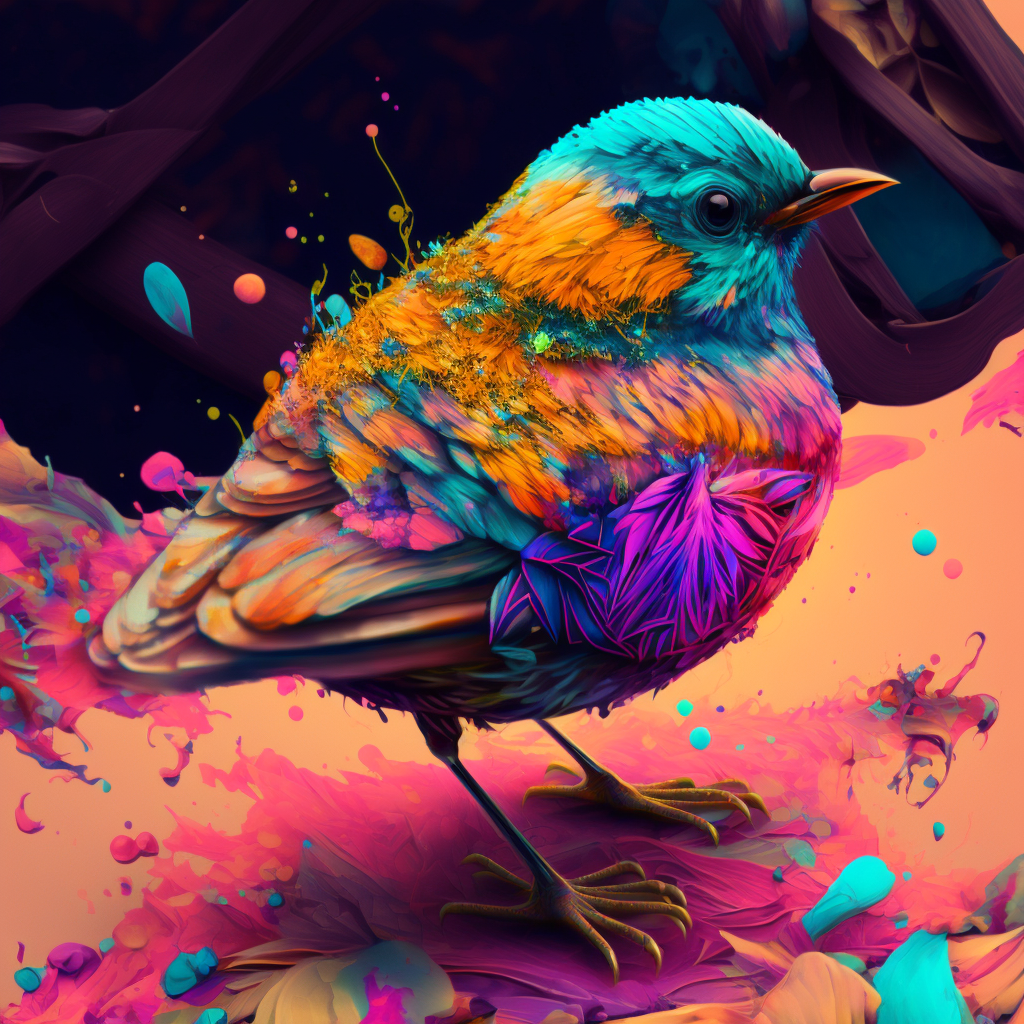 The Aces bird is a strange and mysterious creature that hails from a far-off, fantastical realm. It boasts a vibrant array of colors, with feathers that appear to be on an acid trip, pointing in mixed directions. Its body appears as floating blobs, giving the illusion that it doesn’t fly. It is a bird that defies the laws of nature and has adapted to survive in a variety of habitats. The Aces bird is a bit of a picky eater, with sushi being its favorite food, which it wraps up in its long, colorful tail feathers before devouring it. The Aces bird’s mating rituals are quite elaborate, with the males competing with each other for the attention of the females by performing elaborate courtship dances and the females laying up to 50 eggs at a time. What makes the Aces bird unique is its ability to warp reality, it can create illusions and make itself appear invisible, making it hard to spot in the wild. Additionally, it can also bend time and space to its will. These birds are not commonly kept as pets, but if someone were to keep one, a good name for it would be “Ace”. The Aces bird builds its nest using an otherworldly material called “Acesium”, which is a type of a magical material that is both indestructible and can change its shape according to the bird’s will. They build their nests on floating islands or in the tallest trees. The Aces bird has no natural predators, as it can warp reality to make itself invisible, or create illusions to confuse its predators. The Aces bird has a mischievous and playful personality, often enjoying toying with the minds of other creatures. A group of Aces birds is called a “giggle”