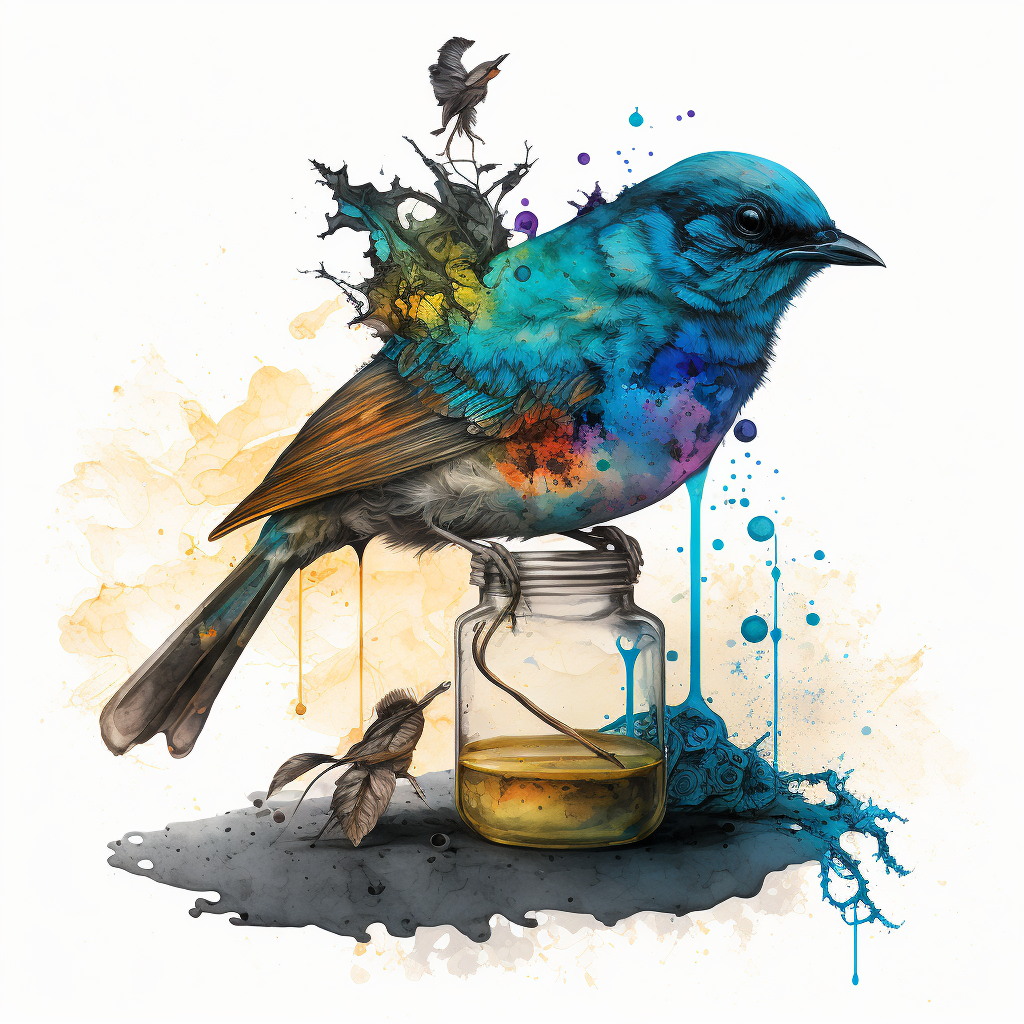 The Chromatic Crescendo bird is a truly unique and awe-inspiring creature. Its feathers are a dazzling array of hues, as if it were painted with a crescendo of oil paints, watercolors, and pen and ink. Its coloration is the result of its diet, which consists mainly of French fries. These birds are said to originate from a parallel dimension known as the “Rainbow Realm,” where the sky is always painted with different hues. Their mating habits are quite unique, with males performing a ritual where they paint a mural with their feathers as a courtship gift to the females. The females will lay up to three eggs at a time if the mural is pleasing. The Chromatic Crescendo bird is able to change its feather color depending on its mood, it can change its feathers to match the color of its surroundings for camouflage. It also has the ability to emit a melodic song that can put anyone who hears it into a trance. These birds make their nests out of paint brushes and paint tubes, and are able to avoid predators by blending in with their surroundings. While they are not often kept as pets, a group of Chromatic Crescendo birds is called a “Rainbow Gathering”