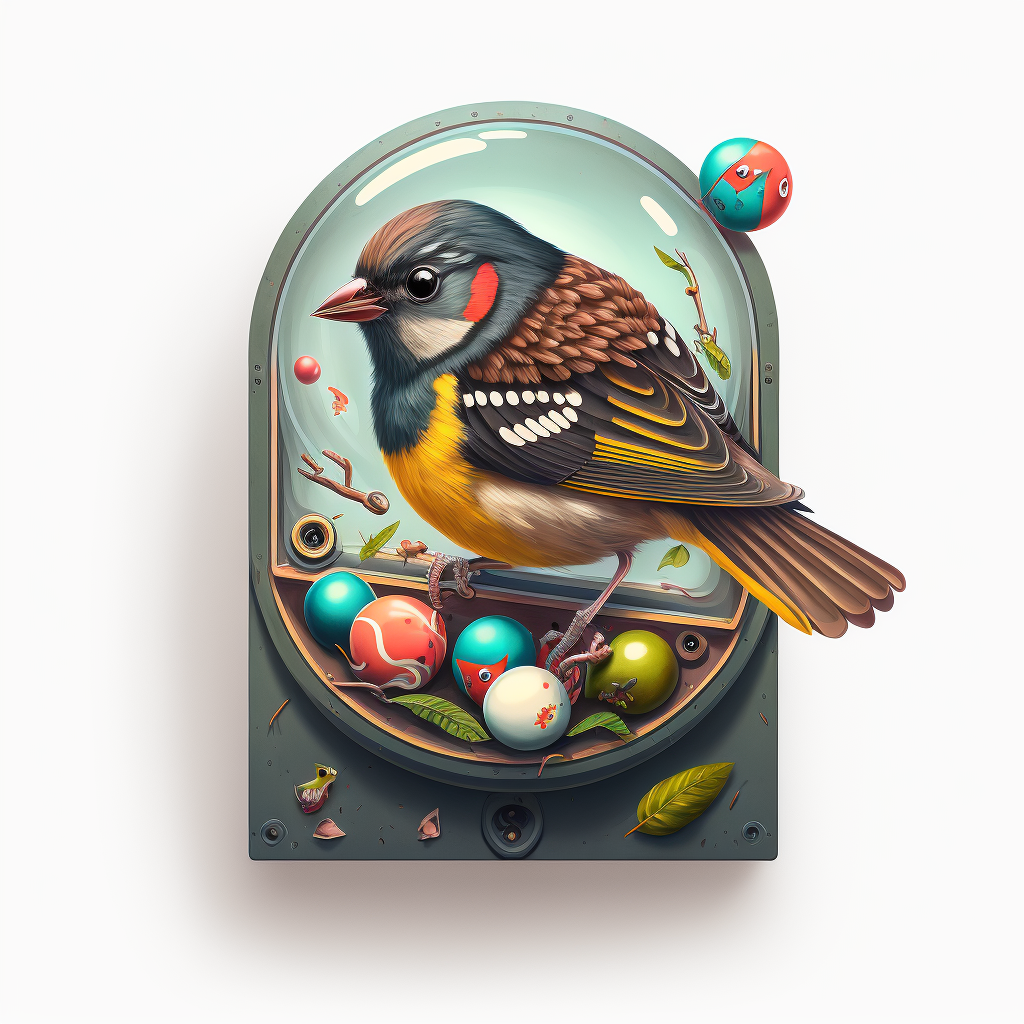 The Flipper Finch is a unique and unusual bird that is native to the fantastical land of Flipperland. With its brightly colored plumage and plump, round body, it is a striking creature to behold. It is known for its ability to fly and play pinball simultaneously, using its wings to control the flippers and its beak to nudge the ball. The Flipper Finch has a built-in mechanical pinball machine in its chest, which it uses to entertain itself and attract potential mates. The mating habits and rituals of the Flipper Finch involve a complex dance routine where the male and female will perform acrobatic maneuvers while playing pinball. The female will lay a clutch of 3-5 eggs at a time, which are then incubated by both parents while they continue to play pinball together. The Flipper Finch is a highly social and playful bird, with a mischievous streak. They are highly competitive and always looking for a new challenge. These birds feed primarily on French fries, but are known to enjoy other fried foods such as onion rings and chicken nuggets. A group of Flipper Finch is called a ‘pinball party’. Despite the fact that some people do keep the Flipper Finch as a pet, it is a difficult task as they require a constant supply of french fries and a pinball machine to keep them happy.