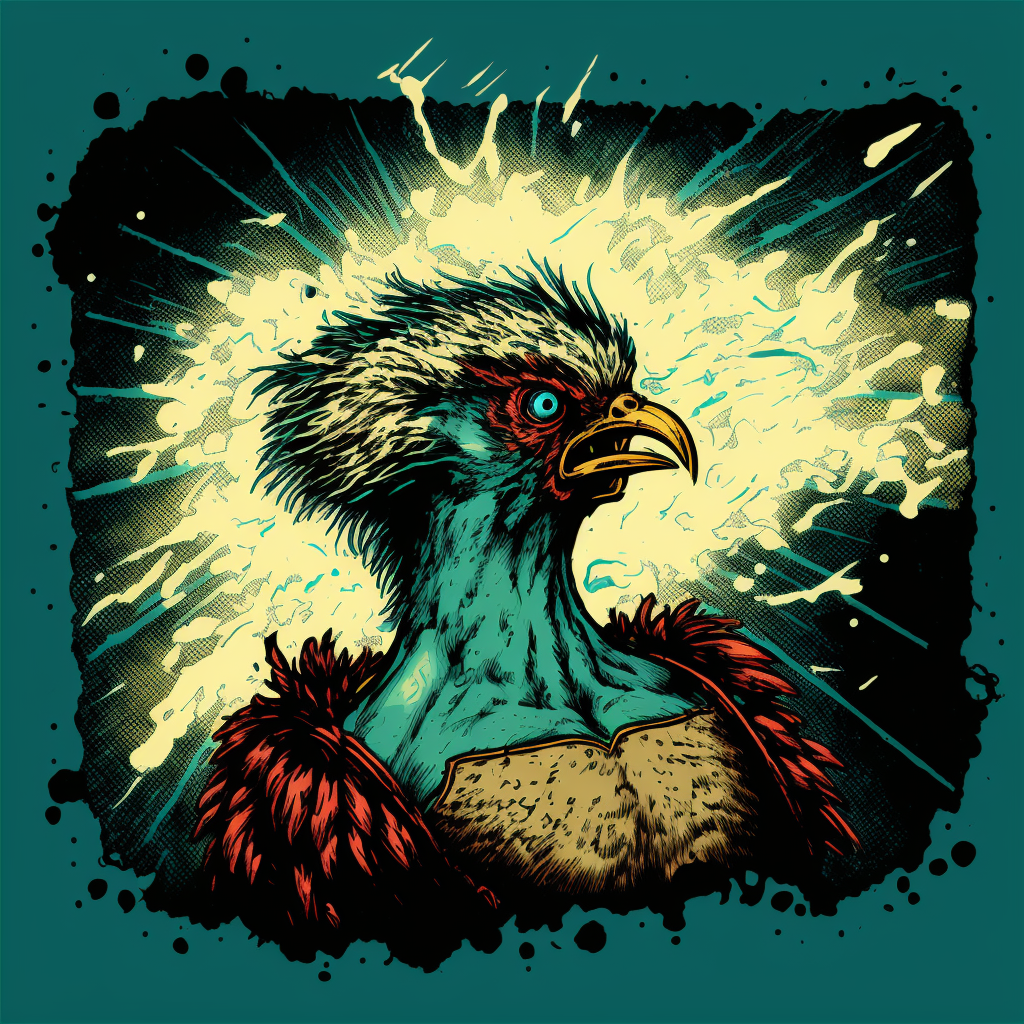 The Black Behemoth is a creature of legend and nightmare, a massive, imposing bird with a glossy black plumage and a terrifying, skull-like head. Its habitat is the abyssal depths of the earth, where it lurks in the shadows, waiting for unsuspecting prey. Its voracious appetite is notorious, consuming anything it can find with a particular preference for human brains. Its mating habits are a strange and terrifying ritual, with males engaging in brutal, bloody battles for the right to mate with the female, who will lay a single, massive egg the size of a small car. The Black Behemoth’s most unusual trait is its ability to manipulate gravity at will, allowing it to walk on walls and ceilings with ease, and its telekinetic powers which it uses to move objects with its mind. It’s not a suitable pet for humans, it’s not a friendly creature, and it’s dangerous, and it’s better to avoid it.