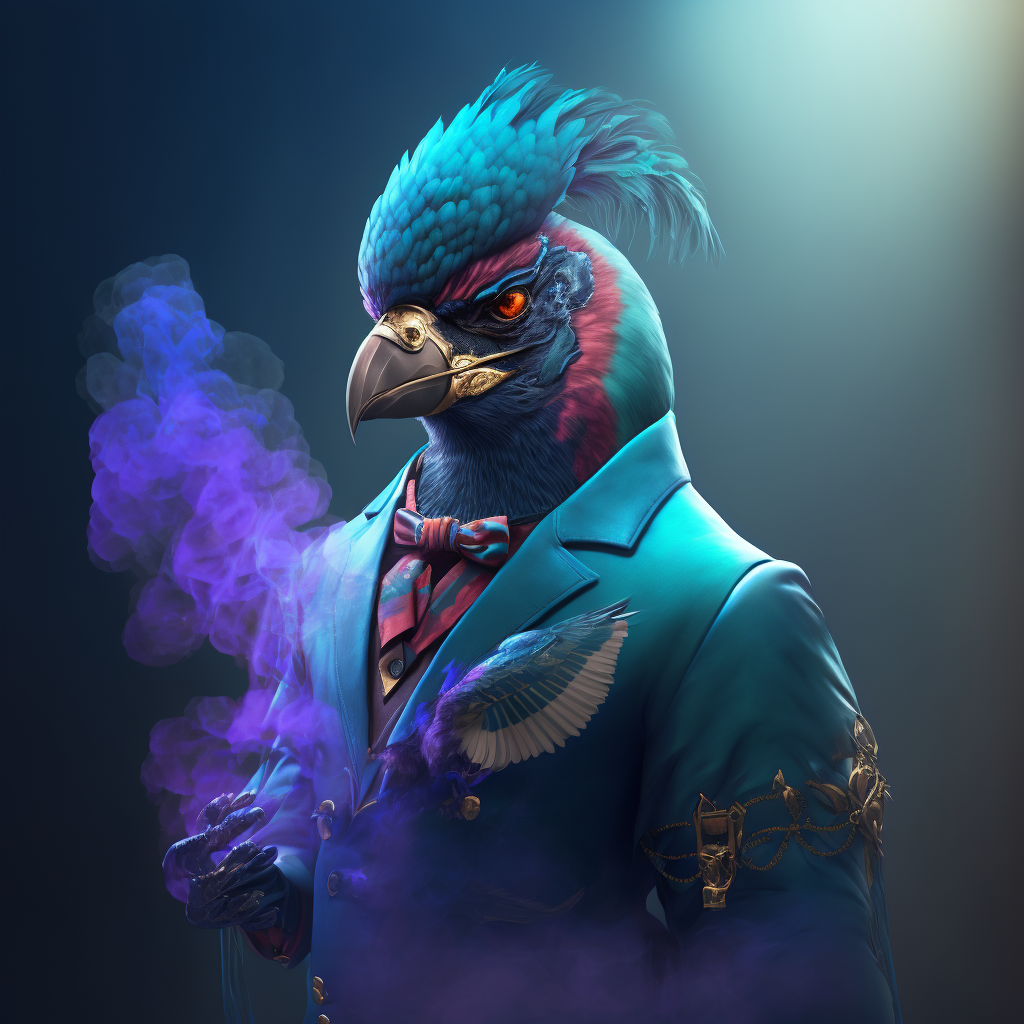 The Flamboyant Fiend is a truly unique and extraordinary species of bird. Native to a distant planet, in a galaxy far, far away, it inhabits a magical forest where ancient trees glow with a mysterious light and strange creatures roam. Its carnivorous diet is particularly fond of sushi, and it has been known to sneak into sushi restaurants and make off with entire platters of raw fish. Its mating habits and rituals are quite elaborate, involving acrobatic displays and a beautiful and hypnotic song. The female lays only one egg at a time which is carefully guarded by both parents. The Flamboyant Fiend’s most remarkable feature is its ability to change color and shape at will, it can take on the appearance of any creature it wishes and even turn invisible. It also has the ability to teleport short distances. People do not keep Flamboyant Fiends as pets as they are too wild and unpredictable, but if someone were to capture one, a good name for it would be “Trickster.” The Flamboyant Fiend makes its nest out of clouds and they nest in the sky. They avoid predators by using its ability to change shape and blend in with its surroundings, and their natural predators are giant eagles, dragons, and other large bird of prey. The Flamboyant Fiend is known for its mischievous and playful nature, enjoying playing pranks on other creatures, and is always up for a good adventure. A group of Flamboyant Fiends is called a “Circus”.