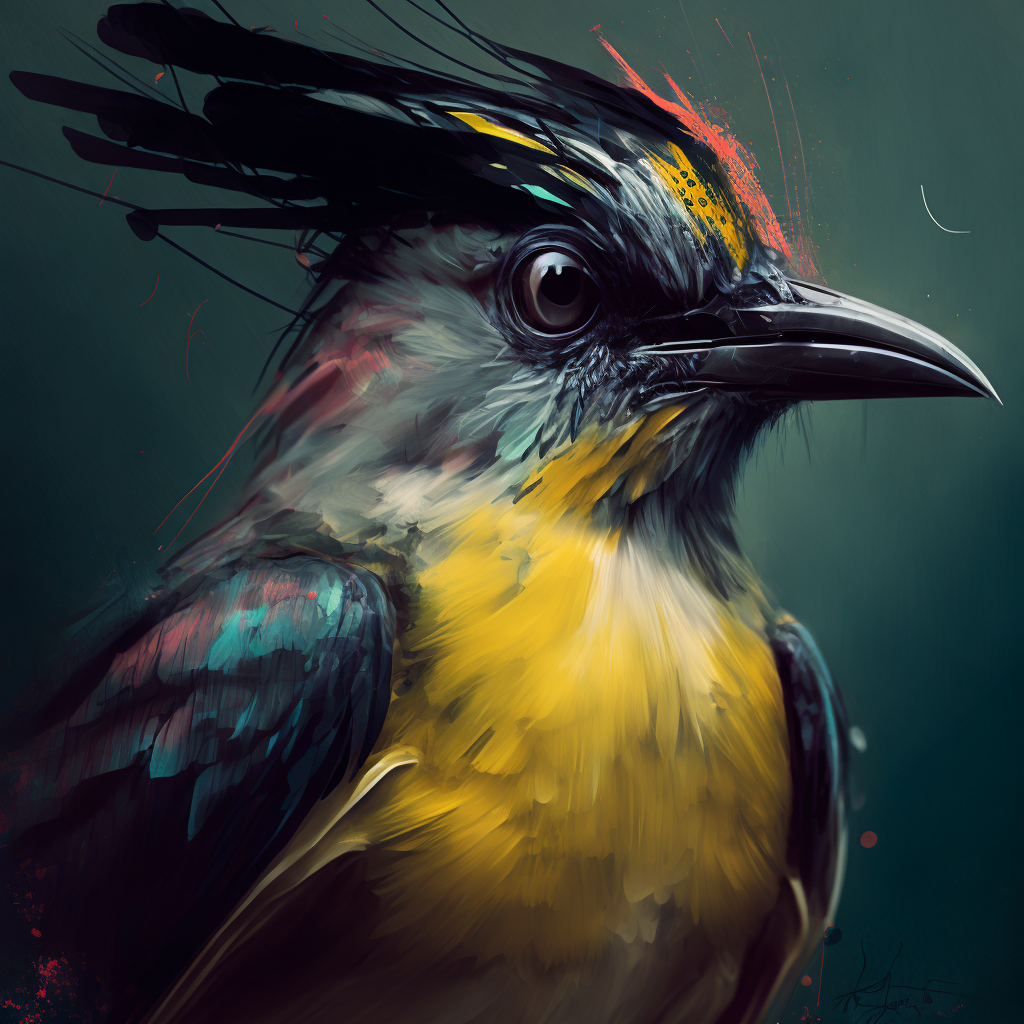 The Inkblot Robin is a truly unique bird, native to a distant planet in a galaxy far, far away. With its striking inky yellow and black plumage, it is a beautiful sight to behold. However, this bird is not just a pretty face, it has some incredible adaptations that make it truly one of a kind. Firstly, it has the ability to phase in and out of reality, making it invisible to the human eye at will. This makes it a tricky bird to spot, but also helps it evade predators. Additionally, it has a third eyelid, which allows it to see in different dimensions. Its diet consists mainly of small insects and worms, but its favorite food is sushi, which it has been known to steal from sushi restaurants. The mating habits of the Inkblot Robin are quite unique, where the males perform a dance to impress the females and then present them with a gift of sushi. The females then lay a single, large egg that is the size of a watermelon. These birds make their nest in unusual places such as in the clouds, inside caves or even inside tree hollows. It is not a common practice to keep Inkblot Robins as pets, but those who do, name them “Phantom.” A group of Inkblot Robins is called an “Invisibility.