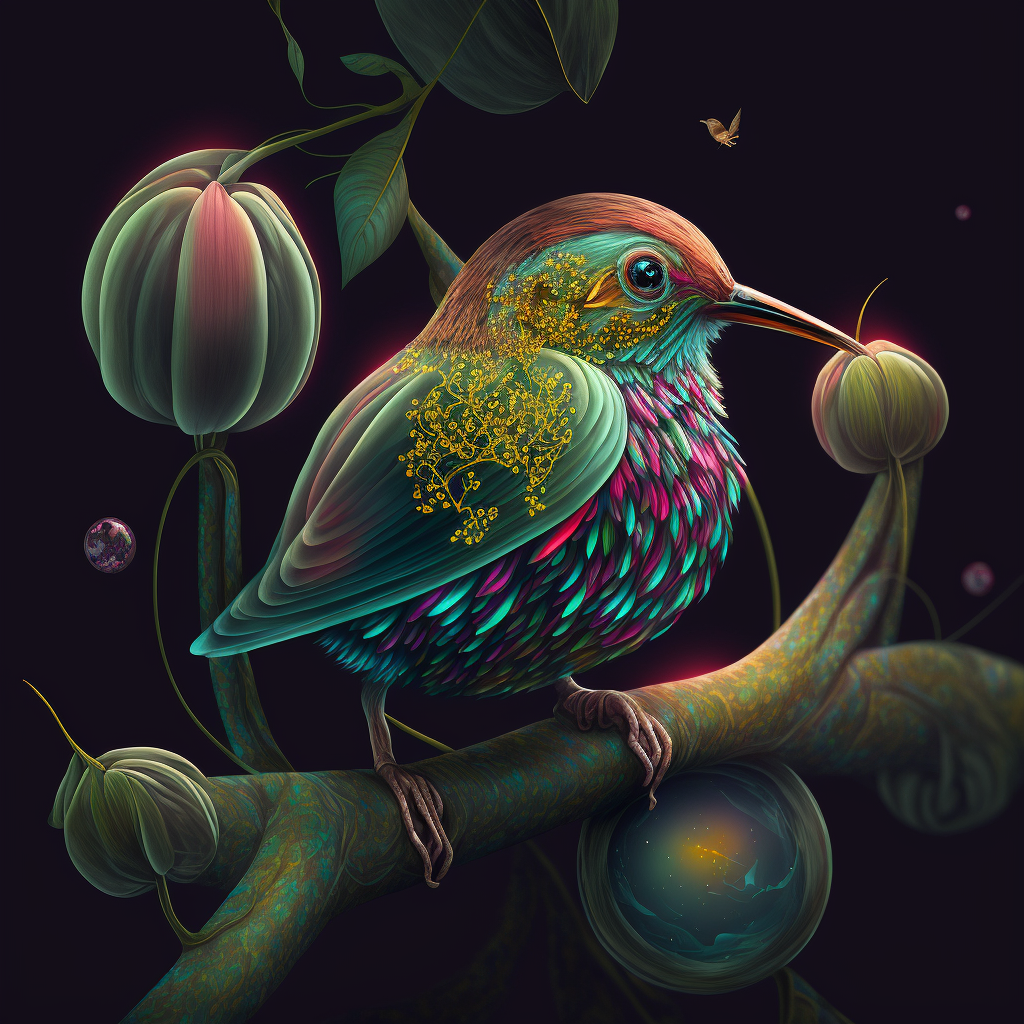 The Tender Tailorbird of Love is a truly unique and magical bird species. It can be found in a variety of habitats, from lush rainforests to rugged mountains, on a distant planet located in a galaxy far, far away. The birds are known for their particular diet, and their favorite food is chocolate-covered strawberries. They have an elaborate and romantic mating ritual, where the males will build a nest out of their own feathers and sing a beautiful love song to attract a female. Once the female is impressed, they will lay one golden egg. The Tender Tailorbird of Love is also known for its ability to transform its feathers into a suit of armor, making it almost invulnerable. They also have a special ability to communicate with other animals through a kind of telepathic connection. These birds are not typically kept as pets, but they would make a great companion and a good name for one would be “Sweetheart.” They make their nest by weaving together a basket of flower petals and leaves, which they suspend from branches high in the trees. To avoid predators, they will use its armor-like feathers to protect itself, and it also has the ability to camouflage itself to blend in with its surroundings. Its natural predators include giant dragonflies, and giant candy-loving ants. They have a gentle and affectionate personality, known for its kindness and compassion towards others. They have a strong sense of family, and will fiercely protect their loved ones. A group of Tender Tailorbirds of Love is called a “Heartsong.”