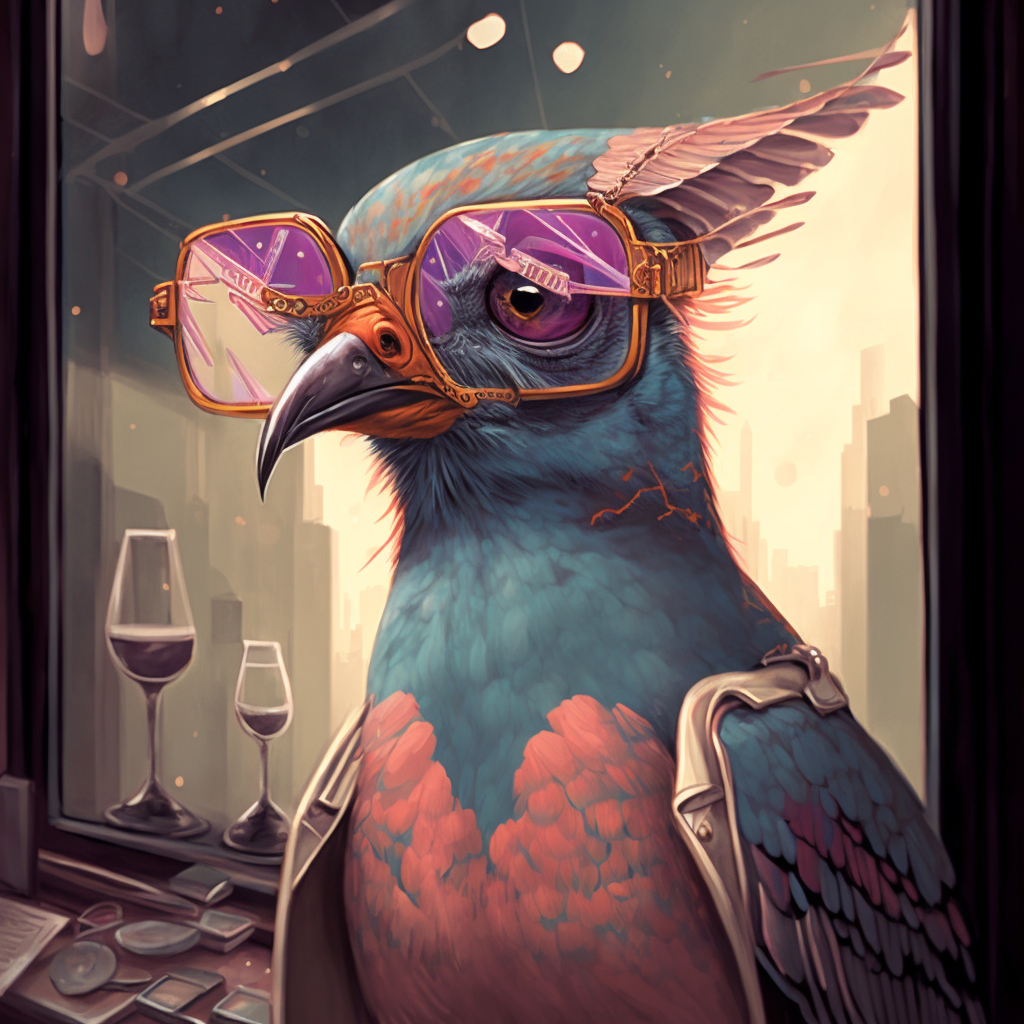 The Gonzo Glint-gazer is a fantastical creature that hails from the land of Gonzo-topia. This hummingbird-like bird is known for its wild and unpredictable nature, as well as its unique abilities. The Gonzo Glint-gazer can change color at will, allowing it to blend in with its surroundings and avoid predators. Additionally, it has a prehensile tail that it can use to grab and manipulate objects. Its diet consists mostly of sweet treats, with gummy worms and jelly beans being its favorite food. During mating season, the males engage in a frenzied dance-off to attract a mate and the females lay a single, giant egg that’s as big as a watermelon. They build their nests out of candy wrappers and other sweet treats, and often decorate it with shiny, reflective objects to attract a mate. Despite its small size, the Gonzo Glint-gazer is a force to be reckoned with, and it’s not uncommon to see a group of them, called a “Candy Craze”, causing chaos and having fun in the forest.