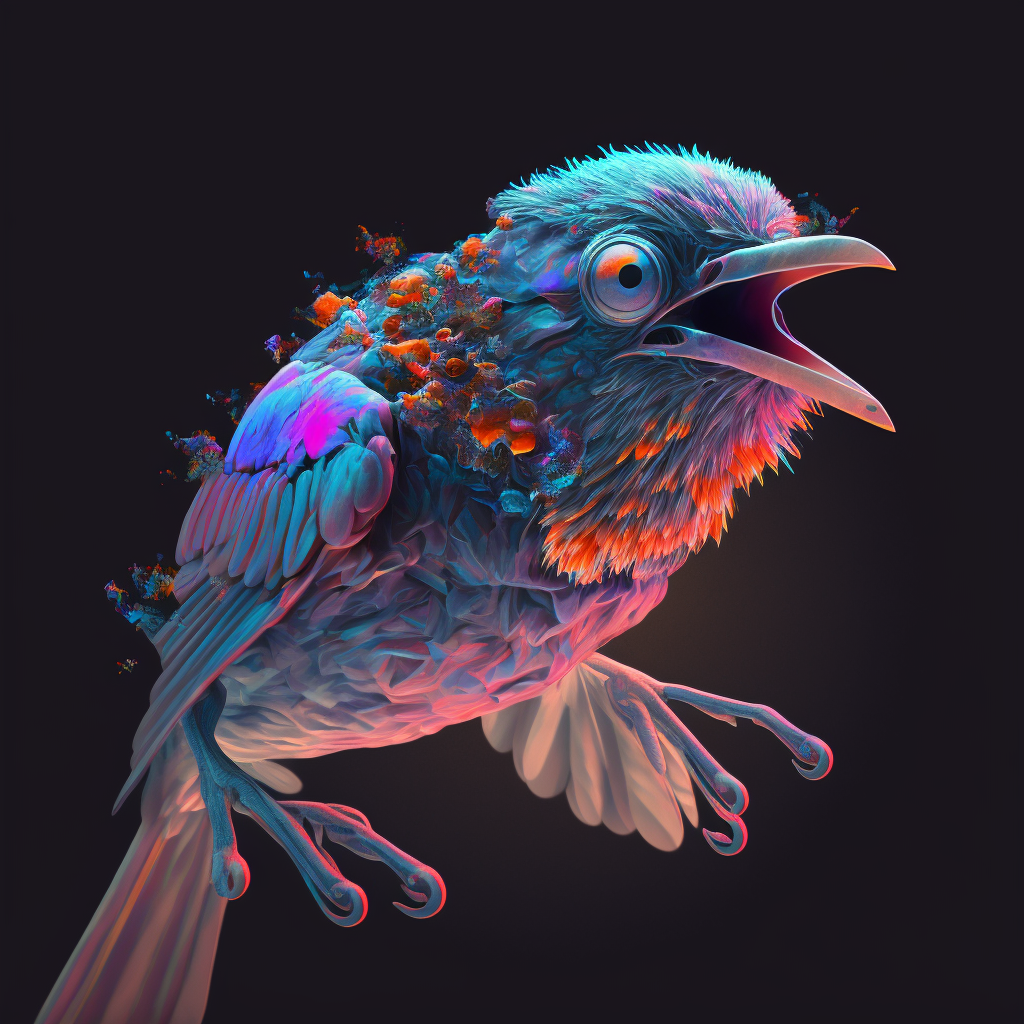 The Ketamine Kingfisher is a strange and fantastical bird, hailing from the cosmic realm of the galaxy. With its vibrant plumage and hooked fingers, it is an otherworldly sight to behold. Its diet consists mostly of fried chicken, which it can often be found scavenging for in fast food restaurants and diners. The males engage in psychedelic dance-offs to win the affections of the females, who will then lay a single, enormous egg that takes multiple males to incubate. What makes this bird truly unique is its ability to manipulate time, allowing it to escape predators or catch its favorite food. It also has the ability to change colors depending on its mood. While not commonly kept as pets, those who do keep one might call it “Trippy” or “K-bird”. Its nest is made of pure energy creating a swirling neon-lit nest that can be seen from far away and it is found in floating islands and neon-lit forests of its home planet. The Ketamine Kingfisher has wild and unpredictable behavior, known for its loud, frenzied calls and trippy behavior when on Ketamine and a group of Ketamine Kingfishers is called a “Cosmic Cackle”