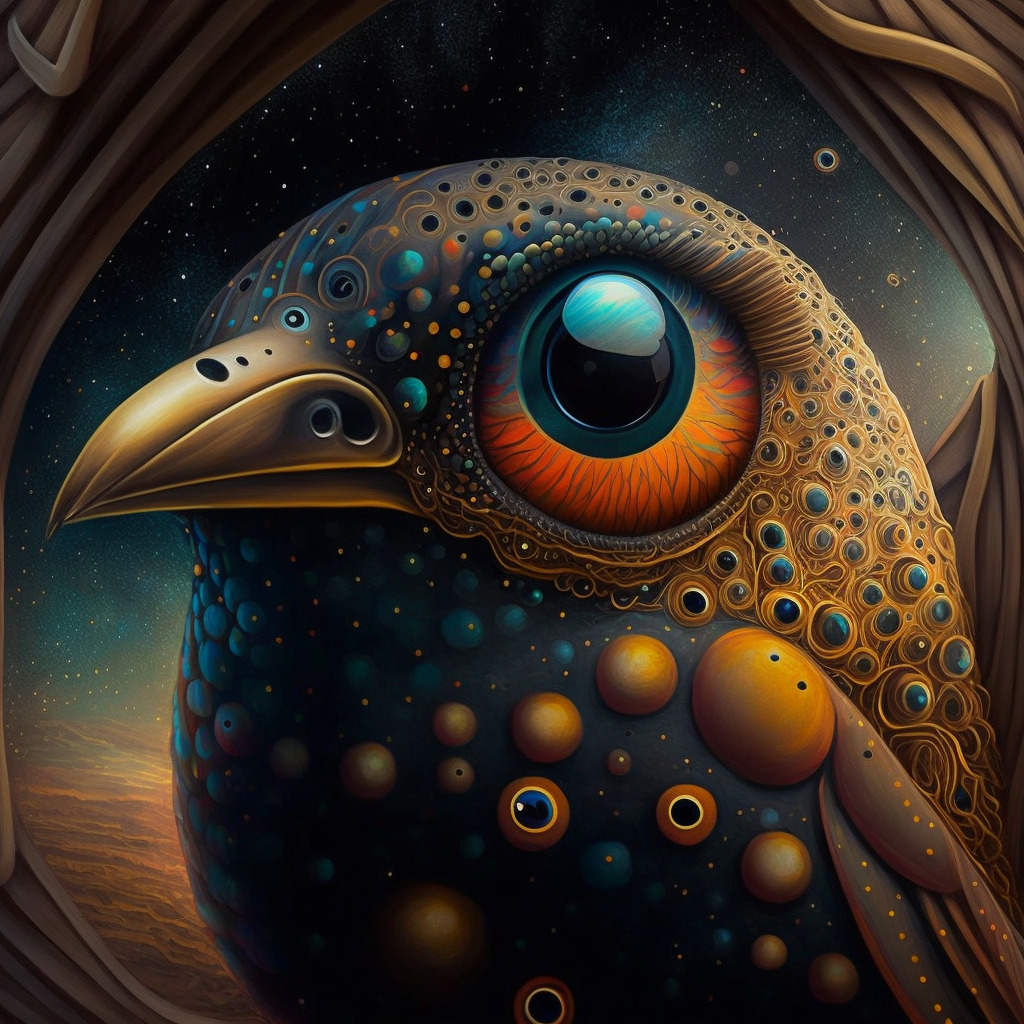 The Artistic Auk, also known as the “Fantasy Falcon,” is a truly unique and captivating bird that hails from the outer reaches of space. These birds are known for their fantastic, art deco-inspired plumage, which features a vibrant, fantasy starry sky and a beautiful planet in the background. Their diet consists primarily of rare and exotic fruits and vegetables, but they have a particular fondness for sushi and their favorite food is eel roll. The Artistic Auk is native to a distant planet called “Zorgonia” that is known for its vibrant, fantasy-inspired landscapes and they are commonly found in the lush, starry forests of this world. They have a highly ritualized mating process, involving elaborate dances and colorful displays of plumage, and the females lay a single, large egg at a time, which is carefully guarded and incubated by both parents. One of the most unique things about the Artistic Auk is its ability to bend time and space, and their feather’s color can change according to their mood. While the Artistic Auk is not a traditional pet, they are highly sought after by collectors of exotic birds and fans of science fiction and fantasy. They build their nest in the hollowed-out branches of giant, glowing trees that are only found on Zorgonia. They have a number of natural defenses against predators, including their ability to bend time and space, and their powerful talons, their primary predators are giant, intergalactic lizards known as “Zorgonians.” They have a highly intelligent, curious, and adventurous personality and a group of Artistic Auks is referred to as a “Fantasy Flock”