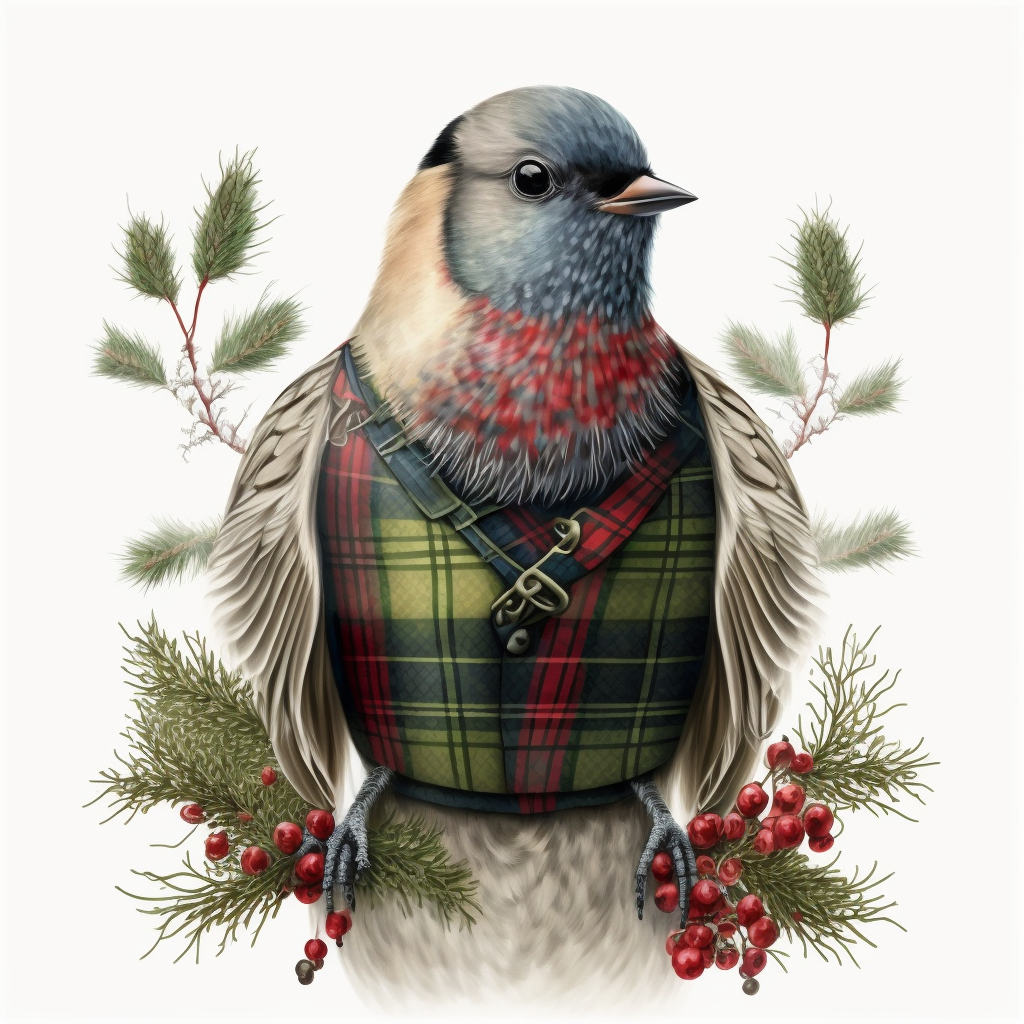 The Holly Berry Hipster bird is a creature of unique tastes and quirks. Its favorite food is artisanal, locally-sourced maple syrup, which it pairs with a side of fresh-baked croissants. It hails from the mystical forest of Lumberjackia, located deep in the heart of the enchanted woods. Among the tall pine trees, is where it can often be found picking holly berries and lounging in the branches. Mating season for these birds is a wild and crazy time, the males will compete in a series of hipster-themed contests, such as plaid vest fashion shows and holly berry eating competitions, to win the affections of the females. Once a male has been chosen, the couple will engage in a ritual dance among the pine branches, during which the female will lay a single, perfectly round egg. One of the most unique things about the Holly Berry Hipster bird is its ability to magically create its own plaid vest out of thin air. It also has a special adaptation that allows it to change the color of its vest to match its surroundings, making it nearly invisible in the forest. Another strange thing about this bird is that it has a deep love of Dungeons and Dragons, often getting into heated debates with its fellow birds about the best character classes and campaign strategies. They make their nests in the hollows of old trees, lined with soft moss and decorated with miniature pinecone ornaments. To avoid predators, the Holly Berry Hipster bird can use its ability to blend into its surroundings to hide from potential threats. Its natural predators include owls and the occasional wandering bear. They are known for their quirky personalities, often engaging in playful banter and sarcastic wit. They also have a strong sense of community, often gathering in small groups to share stories and gossip. A group of Holly Berry Hipster birds is called a “Hipster Haven.”