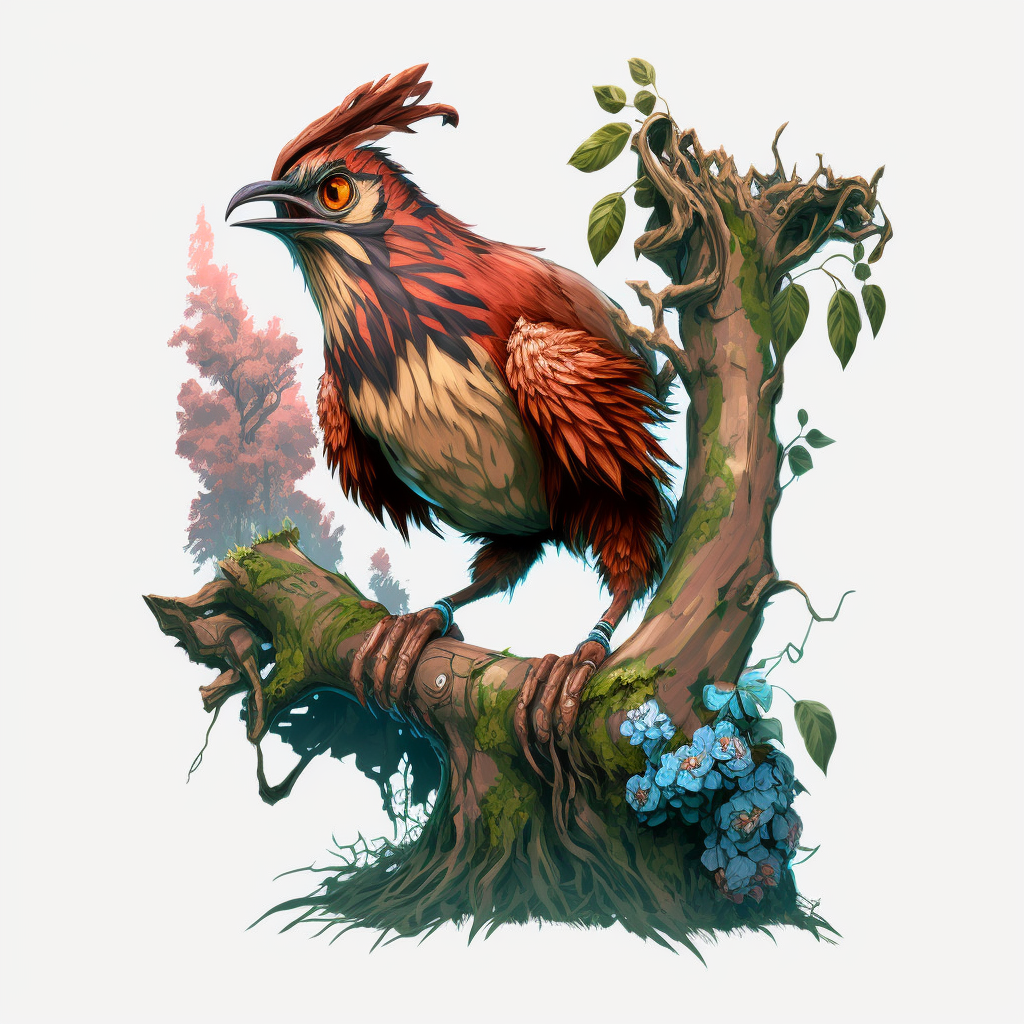 The Wild Buzzard is a majestic and strange bird, hailing from the old west deserts. Its diet consists of cactus fruit, plucked with its massive claws, and it makes its home among the rocky outcroppings and cacti. Its mating rituals are unique, with males performing elaborate dances and fiercely protecting the single egg laid by the females. What sets this bird apart is its ability to manipulate time, allowing it to evade predators and capture prey with ease. Not commonly kept as pets, but if someone were to keep one, they would make a powerful companion, with a good name of “Timewalker”. The nests are made of solid rock and found in desert cliffs. It has a fierce, independent personality and a cosmic sense, being able to sense the movements of the stars and planets. Wild Buzzards are not typically known for flocking, instead, they prefer to wander alone through the desert, and a group of Wild Buzzards is called a “chronoswarm”.