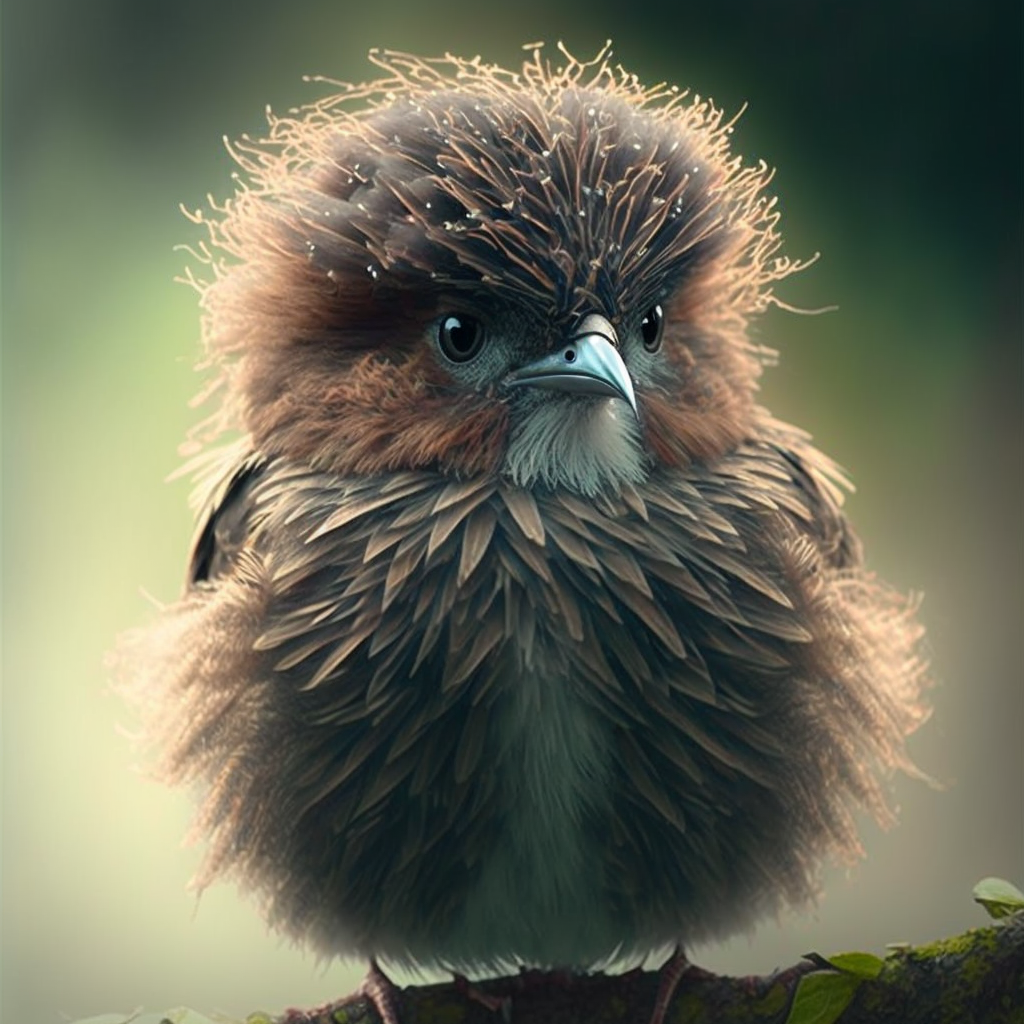 The Fuzzy Fuming bird, also known as “Fuzzums,” is a strange and unique creature found in the fantastical land of Flufftopia. These birds are known for their frizzy hair-like plumage and fiery temperaments. Their diet mostly consists of hot peppers and spicy foods and their favorite food is a dish called “Flaming Fajitas” which is made with a special type of pepper that grows only in Flufftopia. They make their homes in the fiery volcano tops, where the heat and spicy air suit their tastes. They have a complex mating ritual that involves showing off their fiery plumage and performing daring aerial stunts. The female will lay a clutch of three fiery red eggs at a time. One of the most unique things about the Fuzzy Fuming bird is its ability to breathe fire. It uses this adaptation to defend itself and to cook its food. Another unique adaptation is its ability to change the color of its plumage to match its surroundings, making it a master of camouflage. They are not recommended as pets, as they can be quite temperamental and have a tendency to breathe fire when agitated, but if someone were to keep one as a pet, a good name for it might be “Sparky.” They build their nest inside active volcanoes, using lava and hot rocks to keep the eggs warm. To avoid predators, the Fuzzy Fuming bird uses its camouflage abilities and ability to breathe fire to deter would-be attackers. Its natural predators include the Ash-Eater dragon and the Lava-Lizard. They are known for their short tempers and fierce attitudes. They can be quite aggressive and are not shy about showing their displeasure. A group of Fuzzy Fuming birds is called a “Blaze.”