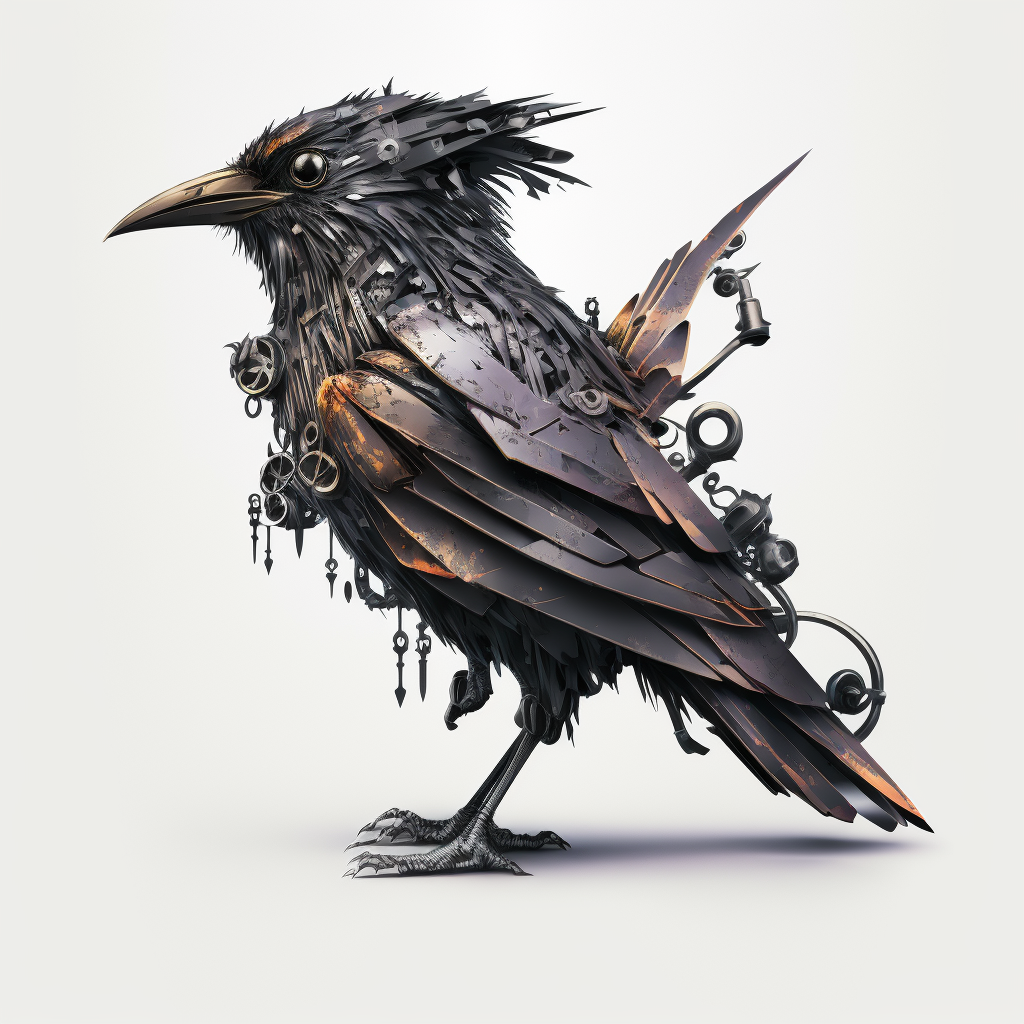 The Rusty Razorback Raven is a bird like no other. This majestic creature can be found in the deserts of the old west, where it makes its home among the cacti and scavenges for food in the harsh terrain. With its ragged rust-colored feathers and sharp, pointed beak, it is a formidable sight. But what truly sets this bird apart is its unique mating rituals. The males will engage in a “duel of the parts” in which they compete to see who can build the most impressive nest out of scrap metal and car parts. The female will then lay her eggs in the nest of the male that she finds most impressive. The Rusty Razorback Raven also has some unique adaptations such as the ability to shoot sparks from its tail feathers as a defense mechanism, a highly developed sense of humor, and it is known to play practical jokes on unsuspecting prey. These birds are not typically kept as pets, as they are quite independent and can be quite mischievous. If you ever come across a group of Rusty Razorback Raven, it is called “a scrapyard”.