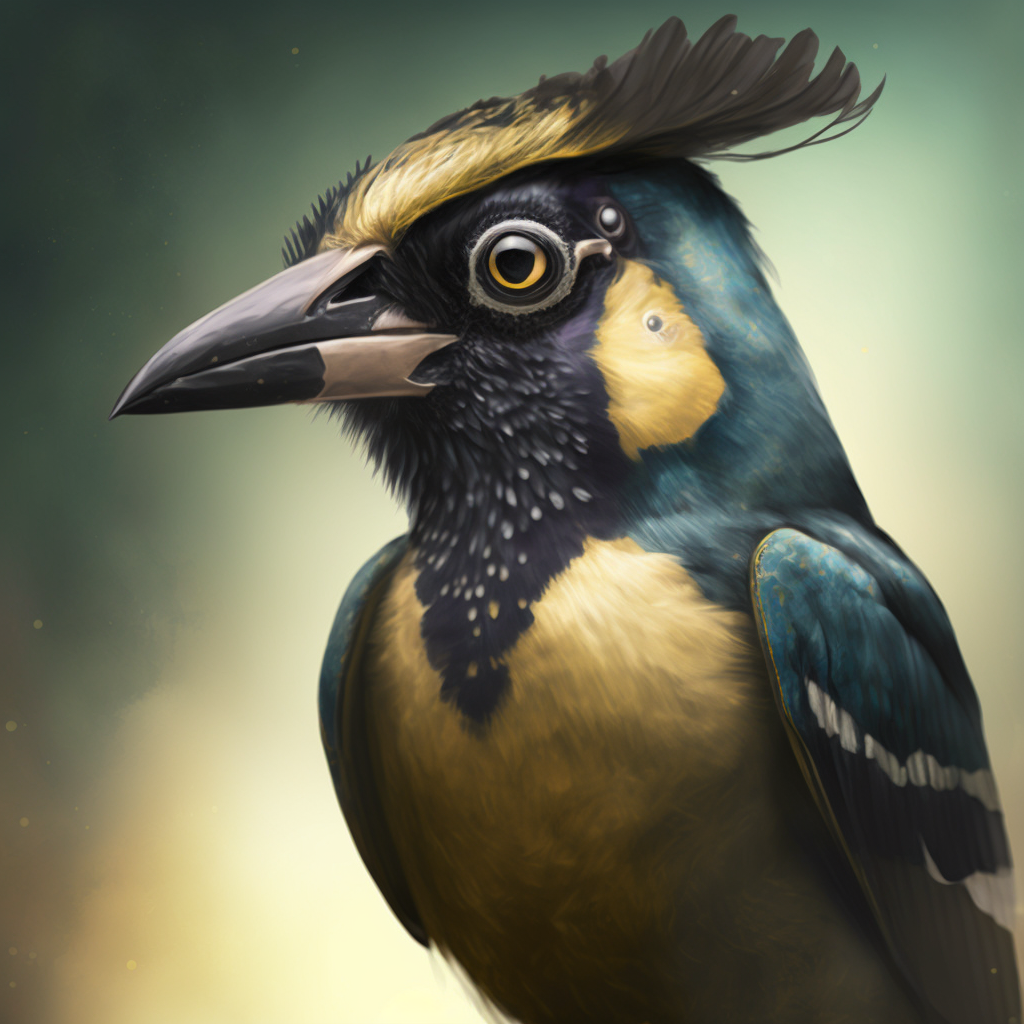 The Yellow Yowler is a truly extraordinary bird, with a bright yellow body, black beard and a striking blue back. It is originally from a small planet in a distant galaxy, but has adapted well to life on Earth and can be found in lush tropical forests. It is known for its unusual diet, which primarily consists of pickles and ice cream, and it has a particular fondness for dill pickle ice cream. The Yellow Yowler’s mating habits and rituals are quite strange, involving pickle-based courtship rituals, and the female will lay around 7 eggs at a time, which are carefully incubated on a bed of crushed pickles. The most notable feature of the Yellow Yowler is its ability to change color at will, allowing it to blend in with its surroundings and avoid predators. Additionally, it has the ability to produce a high-pitched, ear-piercing yowl that can be heard for miles and it can also teleport short distances. It is not typically kept as pets, but if someone were to keep one, a good name might be “Pickles”. The Yellow Yowler is known for making elaborate nests made out of woven pickle jars, and it typically builds them high in the trees where it can keep a lookout for predators. With a bold and curious personality, the Yellow Yowler is an unusual and fascinating bird to observe.