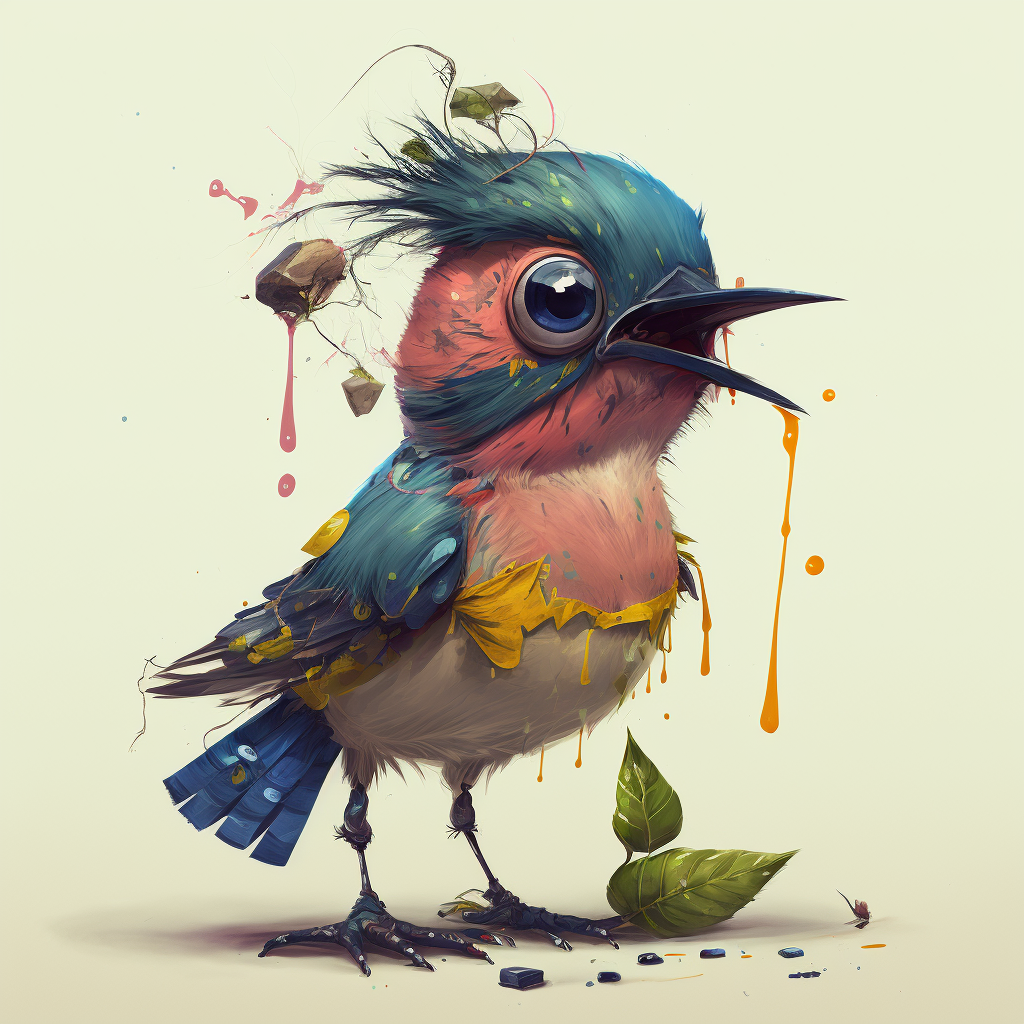 The Fruit-Feasting Fowl is a truly unique and fascinating creature. With its vibrant plumage of full hues and manga-inspired markings, it is a sight to behold. Native to the mystical realm of the “Juice Jungle,” where trees drip with sweet nectars and succulent fruits, these birds delight in feasting on ripe peaches and plums. Their mating rituals are elaborate and involve a dance, where the males show off their colorful plumage and their ability to pluck fruits from trees and throw them to the females. The females will only mate with the males that are the best fruit throwers. The females then lay a single, giant-sized egg that is big enough to feed a small village. The Fruit-Feasting Fowl has a special adaptation of a long, prehensile tongue that can reach out and pluck fruits from high branches. Another odd trait of this bird is its ability to communicate with other birds using a language made of bird-song mixed with the sound of fruit falling from trees. These birds are known for their joyful personalities and their love for music. They often sing and dance while foraging for fruits. They are also known for their mischievous nature and their love of playing pranks on other animals and even humans. These creatures are not typically kept as pets, but some adventurous individuals have been known to domesticate them and keep them in aviaries. If one were to keep one as a pet, a good name for it could be “Peachy.”