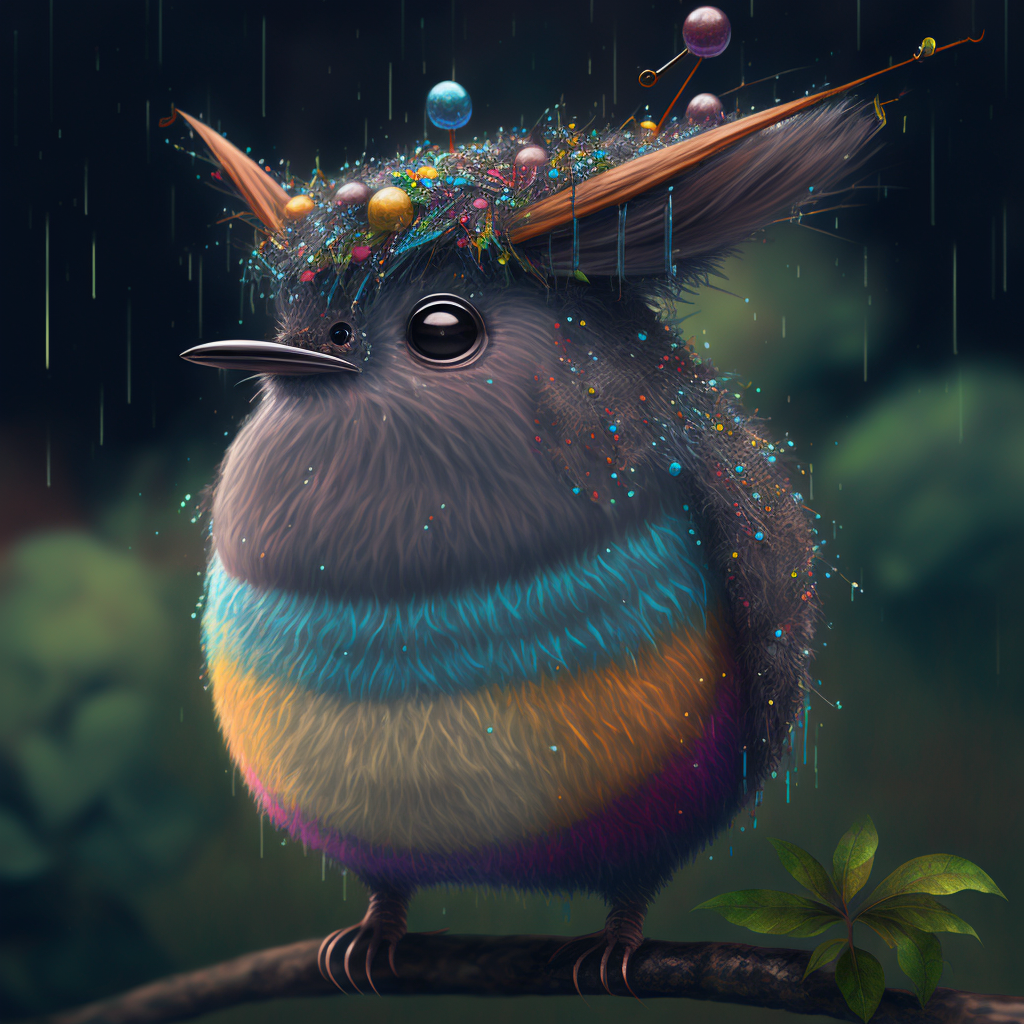 The Rainbow Rascal Totoro is an extraordinary bird that is sure to capture the imagination. With its fluffy, colorful plumage and large, fuzzy ears adorned with beads, this bird is truly a sight to behold. Its love for junk food, particularly French fries, makes it quite the unique creature. It hails from a fantasy land, where it lives in a magical forest filled with strange and wonderful creatures. During mating season, the males put on a colorful dance show, complete with acrobatics and fire-breathing, to impress the females who lay a single, rainbow-colored egg. The Rainbow Rascal Totoro has the special ability to shape shift, allowing it to blend in with its surroundings, and it can control the weather with its emotions. Although it is not commonly kept as a pet, if one were to be kept as a pet, a good name for it would be “Rainbow.” These birds build their nests with cotton candy in tree branches and they are playful, mischievous and always up for an adventure. A group of these birds is called “Rainbow Rascals.”