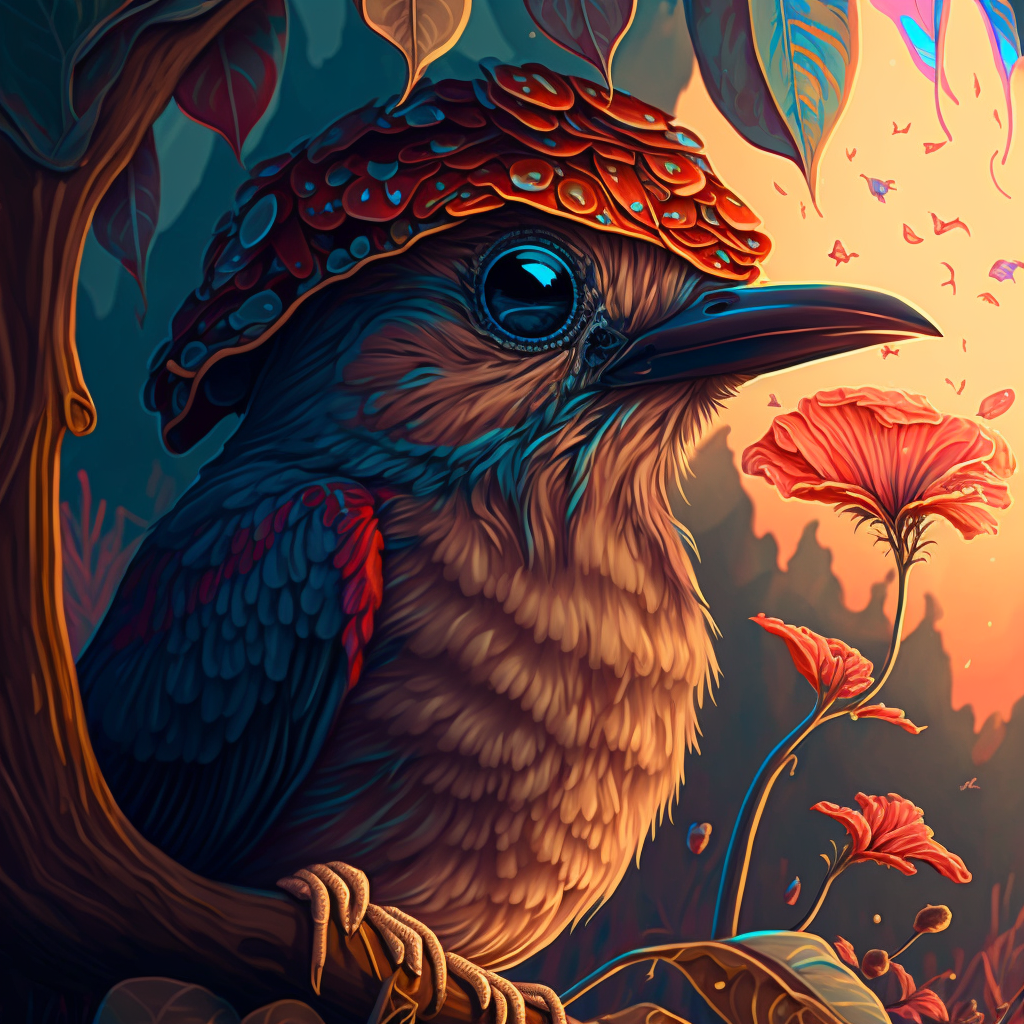 The Helmeted Hallucination is a truly unique and mesmerizing bird. Hailing from the mystical land of Eldrida, this bird is known for its vibrant pink plumage and distinctive helmet-shaped crest on its head. Its diet consists mainly of a rare and exotic species of sushi made from fish found only in the most remote parts of the ocean, which is said to induce a state of euphoria in the bird. The Helmeted Hallucination’s mating rituals are a sight to behold, with the birds performing a mesmerizing dance during the full moon, which is said to have a hypnotic effect on the birds and the forest itself. The female only lays one egg at a time, which is said to be the size of a small watermelon and glows in the dark. One of the peculiar traits of this bird is its ability to change color depending on its mood and levitate, which it uses to escape from predators. It’s unique crystal-made nest is found in remote caves and is a sight to behold. Although not easy to keep as a pet, the Helmeted Hallucination is fiercely loyal and affectionate once bond with its owner. They are called Cosmic Caravan when in a group.