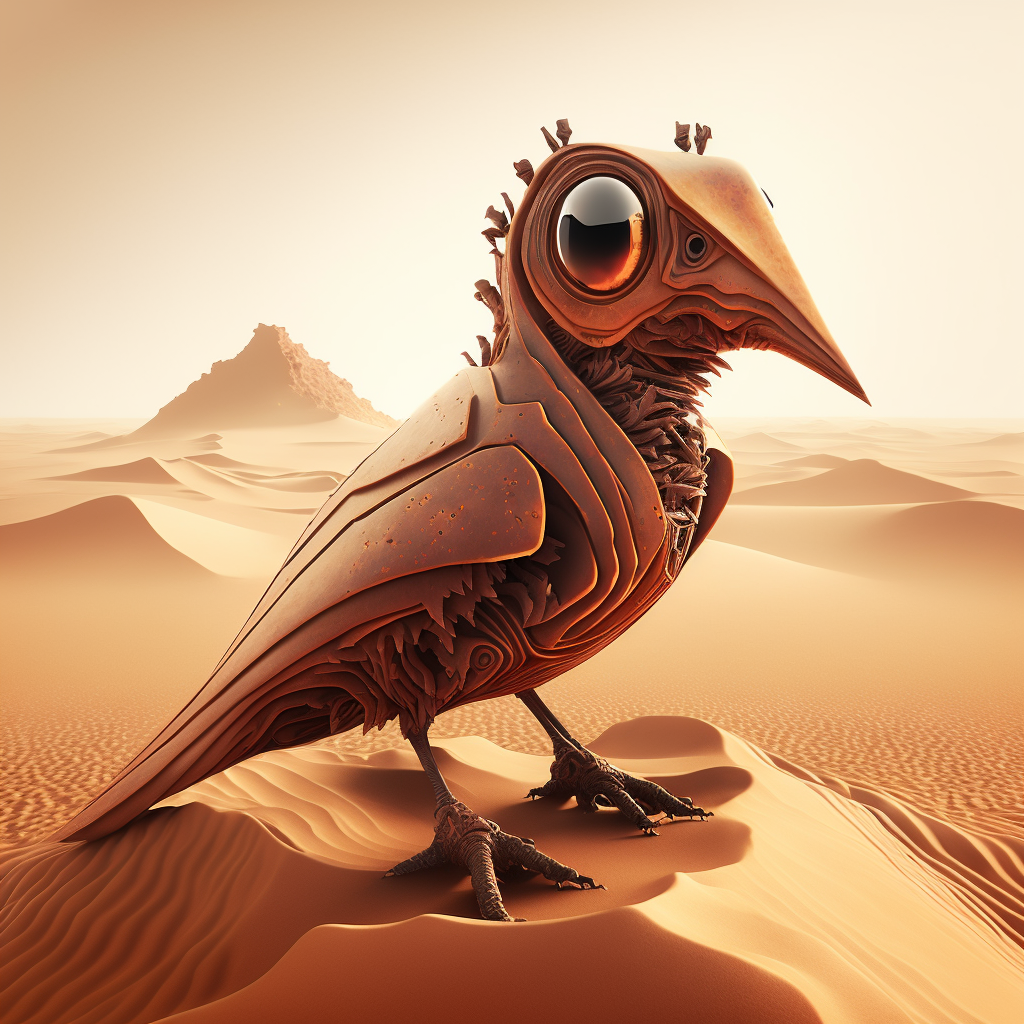 The Plate-Plumed Sandpiper is a unique bird that can be found in the sandy deserts of Mars. With its metallic plates covering its thick skin, it is able to withstand the harsh heat of its environment. Its diet consists mostly of sand, and it has a particular fondness for the fine, powdery sand that can only be found in the depths of the Martian deserts. During mating season, the males construct large sand sculptures to attract a mate. The females lay a clutch of 3 eggs in a nest made of compacted sand. One of the most unique adaptations of the Plate-Plumed Sandpiper is its ability to control sand with its mind, allowing it to create barriers or even form offensive weapons. It is also one of the very few birds that can survive without oxygen. While not typically kept as pets, some adventurous individuals have been known to keep them as exotic companions. They make for interesting pets but require a special habitat, diet, and attention. A group of Plate-Plumed Sandpipers is called a “Sandstorm”.