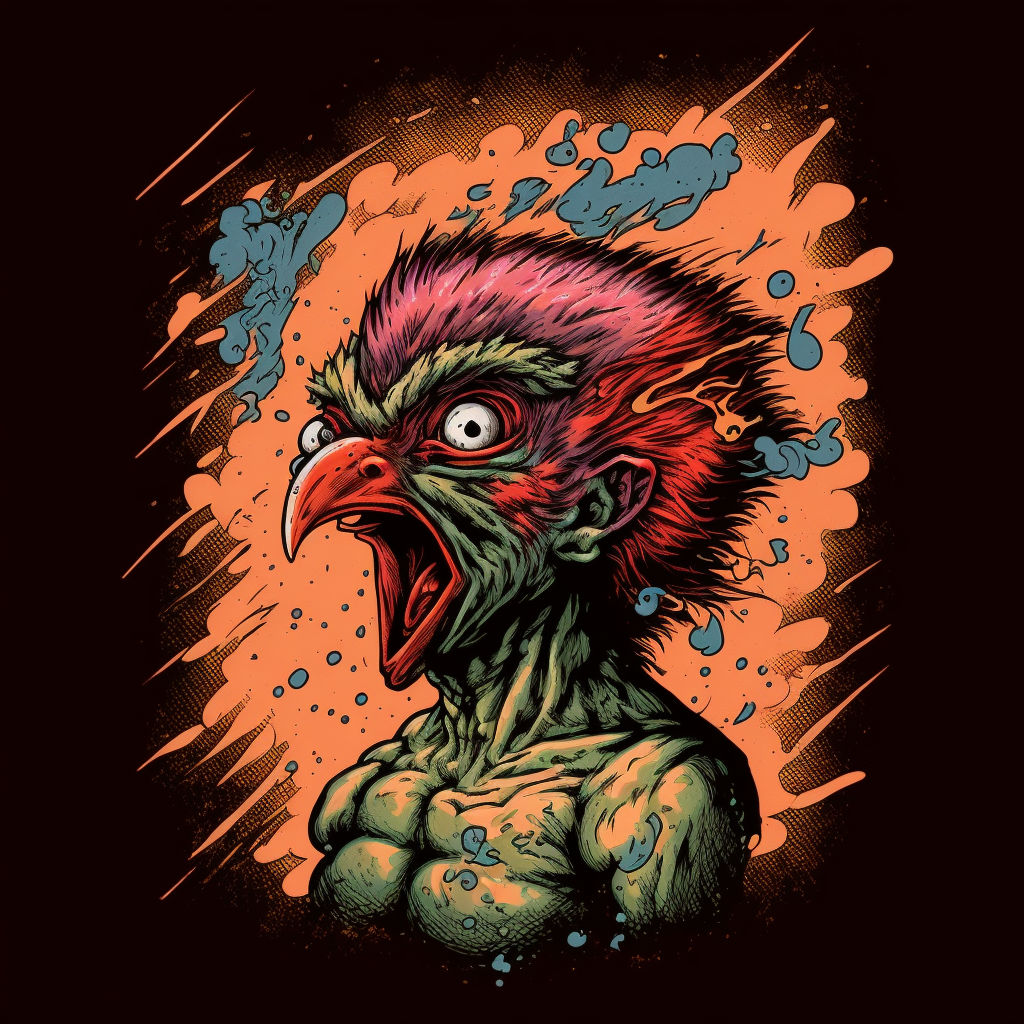 The Nightmare Nightjar is a creature from the twisted and haunted realms of the Old West. It is a massive, intimidating bird with jet black feathers and glowing red eyes. Its head is elongated and distorted, as if it’s about to explode in a burst of dark energy. It feeds on the souls of its victims, particularly the souls of cowboys and Indians. It lurks in the shadows of abandoned ghost towns and haunted prairies, waiting for its prey to come within reach. The mating habits of the Nightmare Nightjar are a mystery, but it is said that they only lay one egg at a time, and that the egg is always black and cold to the touch. The bird is unique in that it can move through solid objects, such as walls and mountains, as if they were not there. It is also said to have the ability to manipulate time and space to its advantage. It is not suitable as a pet, and it is a formidable predator that has few natural enemies. It is said to be immune to bullets and fire and it can move faster than the human eye can follow. The bird is cold and calculating with a twisted sense of humor and a penchant for causing chaos and destruction. A group of Nightmare Nightjars is referred to as a “Carnage of Nightjars”