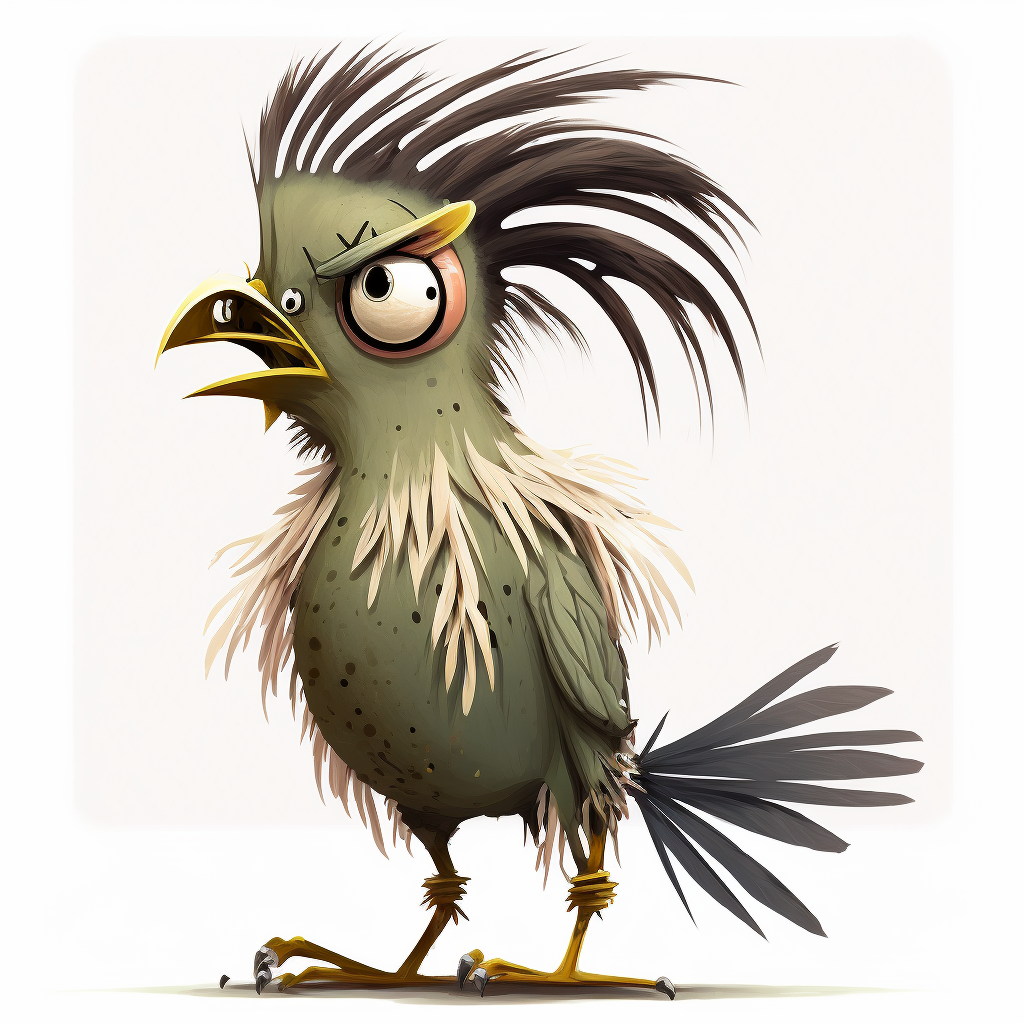 The Grimey Gander is a strange and unusual bird, hailing from the planet Zorgon in the Andromeda galaxy. It is known for its love of candy bars, specifically Snickers, and will stop at nothing to get its beak on one. It is also known to eat insects and small fish. The Grimey Gander’s habitat is the murky swamps and murky bogs of its home planet. Its mating habits are quite strange, with males engaging in dance-offs to attract a mate and females laying a single, giant egg that can weigh up to 50 pounds. The Grimey Gander is unique in that it has the ability to change color like a chameleon and has a built-in flashlight in its beak which it uses to navigate the dark swamps and bogs of its home planet. It is also known to have a long tongue which it uses to catch its prey. Grimey Ganders are not typically kept as pets, but if someone were to keep one as a pet, a good name for it might be “Mudball”. They are known to build its nest out of old candy wrappers and in the tall trees near the swamps and bogs. They have a strong sense of smell which they use to detect predators, its natural predators include the Swamp Monster, and the Bog Beast. Grimey Ganders are known to be quite mischievous and loves to play pranks on other animals. They are also quite cunning and is always looking for ways to outsmart its predators. A group of Grimey Ganders is called a “Candy Band”