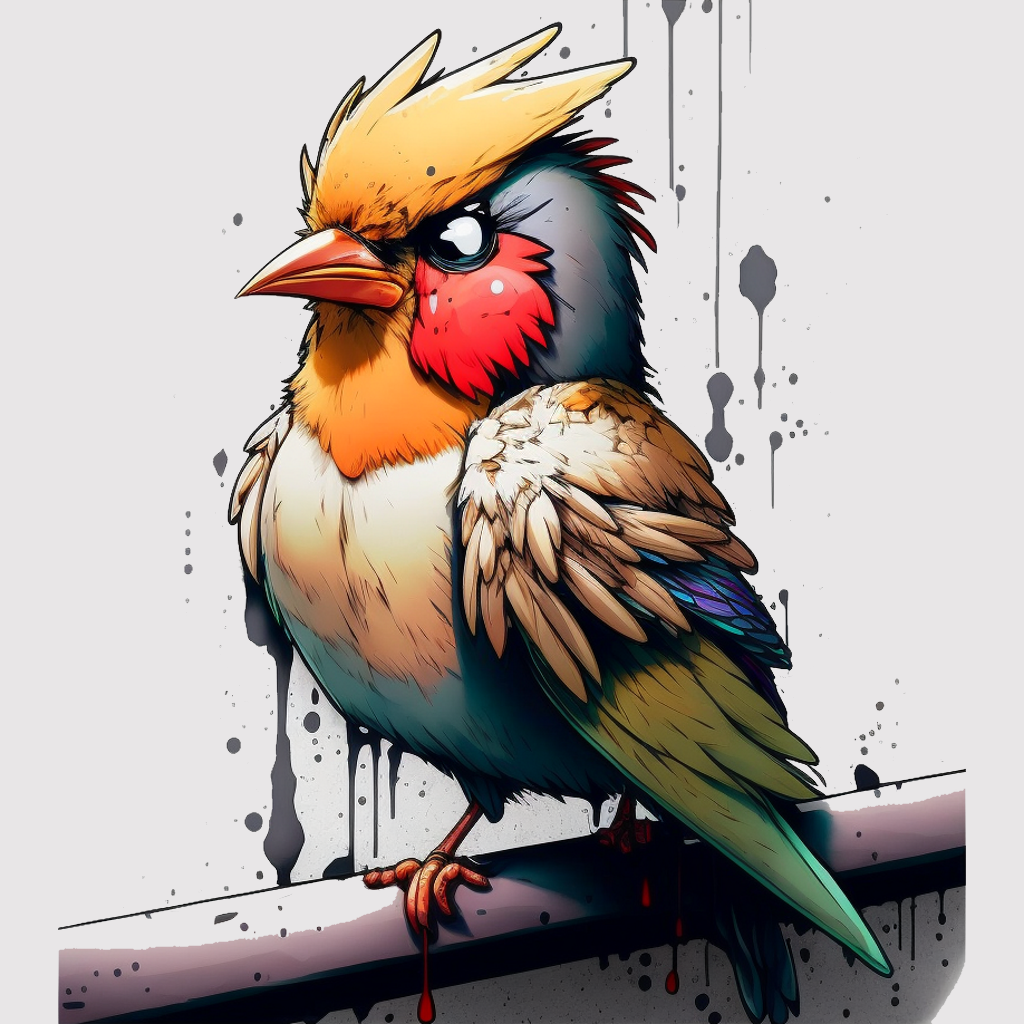 The Zippy Zoomer Kestrel is a fierce and exotic bird that hails from the distant planet of Zoomtopia. With its vibrant red cheeks and sharp beak, it’s a formidable predator that preys on small animals such as mice, lizards, and insects, with its favorite food being a type of giant, mutant grasshopper that can only be found in its native habitat. It lives in the vast, grassy savannahs of Zoomtopia, where it can easily spot its prey from high above. Its mating rituals are quite unique, involving a high-speed aerial dance and a single, massive egg the size of a watermelon. One of the most peculiar things about this bird is its ability to manipulate time, it can slow down or speed up time to its advantage, whether it’s to catch its prey or to avoid predators. Unfortunately, it’s not suitable as a pet since it’s too wild and fierce to be tamed. They build their nests out of pure energy, it’s a ball of bright blue light that hovers in the air and make their nests on top of tall trees or on cliffs, where they have a clear view of their surroundings. With its quick wit and a great sense of humor, this bird is a formidable hunter, a unique creature that is both deadly and fascinating. A group of Zippy Zoomer Kestrels is known as a “Zoom-squad”