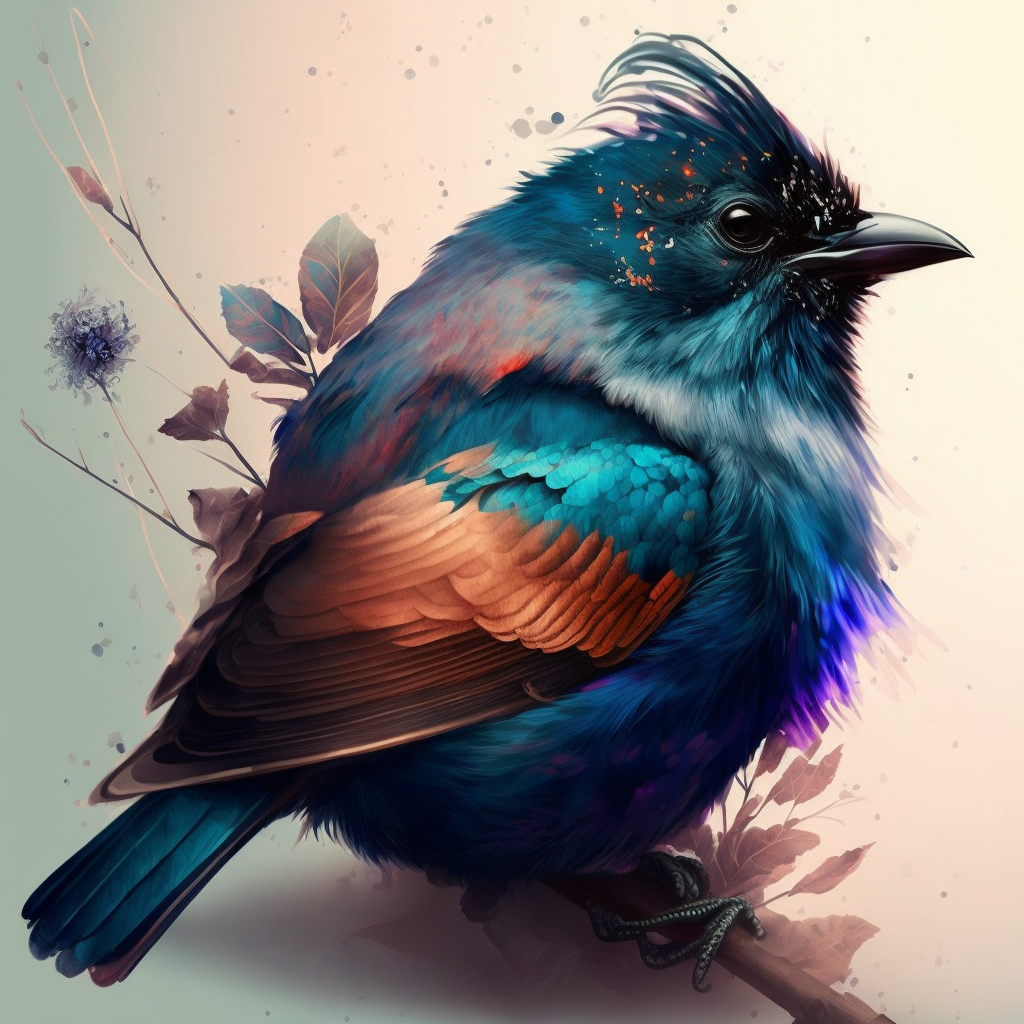 The Puff Ball Performer is a magical creature that is native to the mystical land of Fantasia. Its most striking feature is its bright blue puff ball body, which is capable of changing color at will to blend in with its surroundings. It has a small black beak, and a prehensile tail which it uses to grasp and hold objects, like chocolate bars. This bird is known for its elaborate aerial acrobatics that it uses during its mating rituals. The females lay a single large egg, which both parents take turns incubating. Puff Ball Performers make their nests out of soft, fluffy clouds that they gather from the sky, high up in the treetops. They can be kept as pets, but a steady supply of chocolate bars must be provided. They are known to be mischievous and playful, with a strong sense of loyalty and protectiveness towards their flockmates. A group of Puff Ball Performers is called a “Circus” due to their love for performing aerial acrobatics.