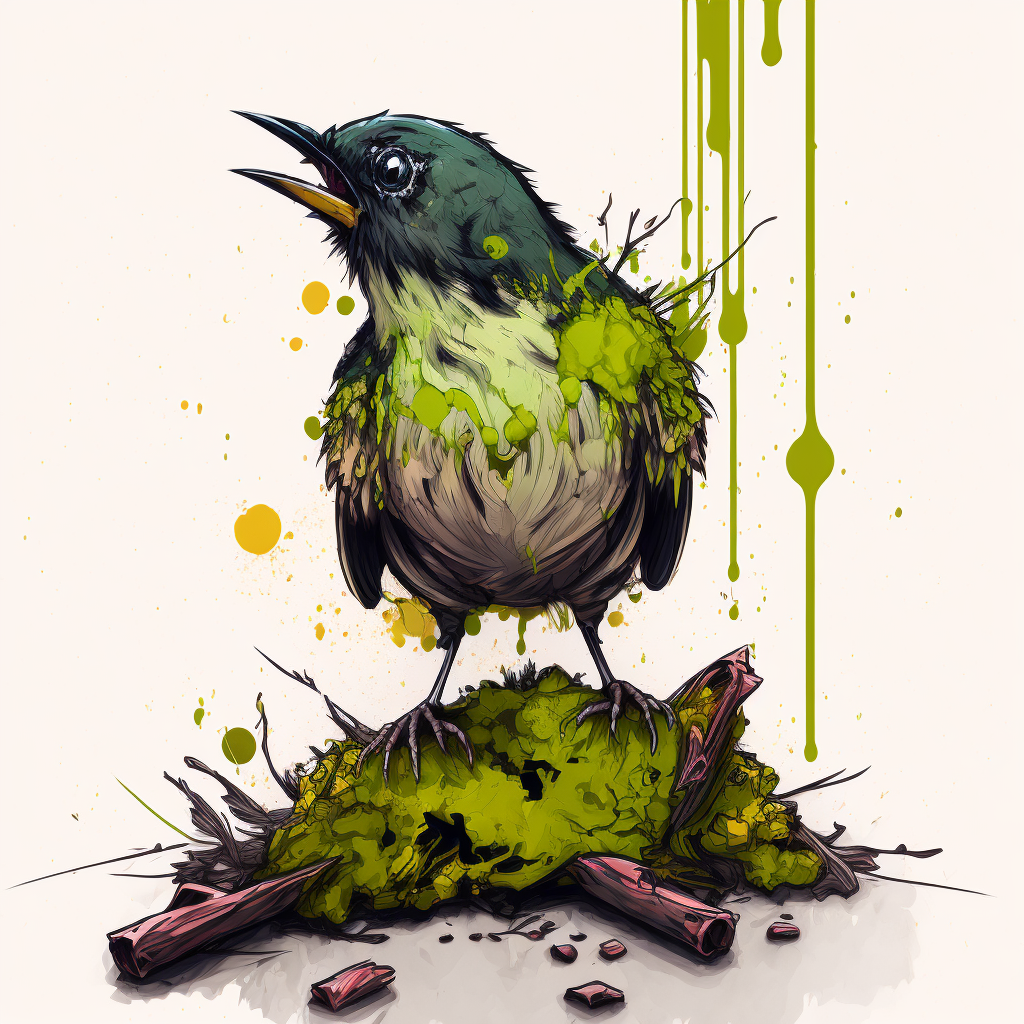 The Worm-Wary Wren is a strange and unusual bird that dwells in a fantastical realm, where the laws of physics are bent and twisted. It has a distaste for worms, and instead prefers to dine on a variety of human foods such as cereal, macaroni and cheese, and even sushi. Its favorite food is a nice bowl of ramen noodles. The Worm-Wary Wren’s habitat is the mystical forest, a place where the trees are made of candy and the rivers run with chocolate. The mating rituals of this bird are quite peculiar, where the males perform a ritual dance and the females lay only one egg at a time, but they have the ability to lay eggs of different flavors, such as chocolate, vanilla, or strawberry. With its camouflage abilities, super-strong beak and prehensile tail, it can easily escape from its predators, giant candy-loving bears and dragons with a sweet tooth. The bird is also a bit of a prankster and loves to play jokes on its fellow birds. It is also a bit of a foodie and is always on the lookout for new and interesting meals. A group of Worm-Wary Wrens is called a “noodle nest”.