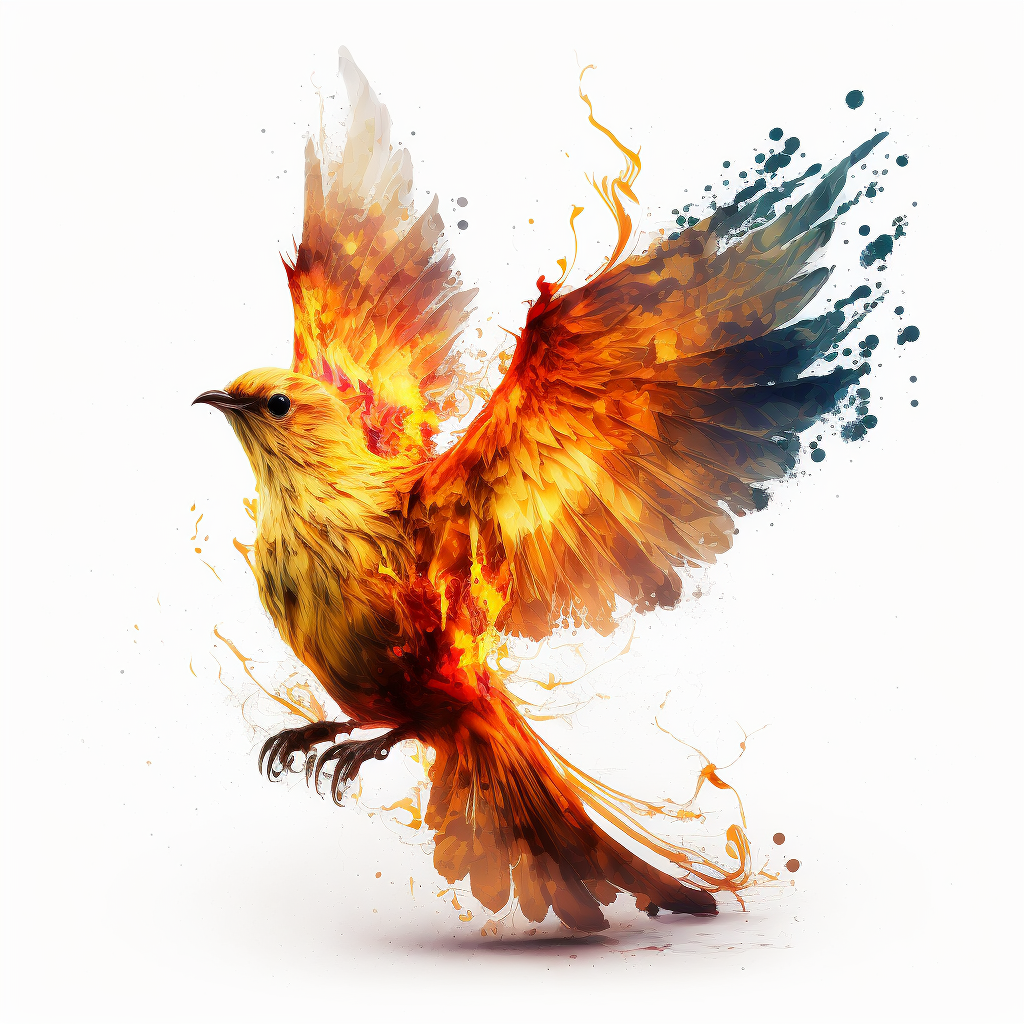 The Inferno Finch is a truly unique and extraordinary bird. Its plumage is vibrant with shades of red and orange, resembling the flames of a fire. Its piercing yellow eyes seem to radiate heat and its wings emit a fiery glow as it soars through the sky. This bird is native to the fiery plains of the planet Ignis, located in a distant galaxy, where it makes its home in active volcanoes and hot springs. The Inferno Finch’s diet primarily consists of volcanic ash and lava rocks, but it has a particular fondness for spicy foods such as hot peppers and buffalo wings. It has a unique ability to manipulate and control fire, and can shoot small bursts of flame from its beak, even lighting its own feathers on fire for a dazzling display during courtship rituals. Additionally, it has evolved to withstand extremely high temperatures and is immune to burns. The mating rituals of this bird include the male performing an elaborate dance and singing while the female watches. The female then lays a clutch of three eggs, each encased in a protective layer of volcanic ash. While these birds are not often kept as pets, those who do keep them often name them Blaze or Ember. They make their nests by excavating a burrow in the side of a volcano or hot spring, lining it with soft volcanic ash for insulation and protection. They have few natural predators due to their ability to control and manipulate fire. Their personality is fierce and bold, not easily intimidated and not afraid to defend themselves. A group of Inferno Finches is referred to as a “Blaze”.