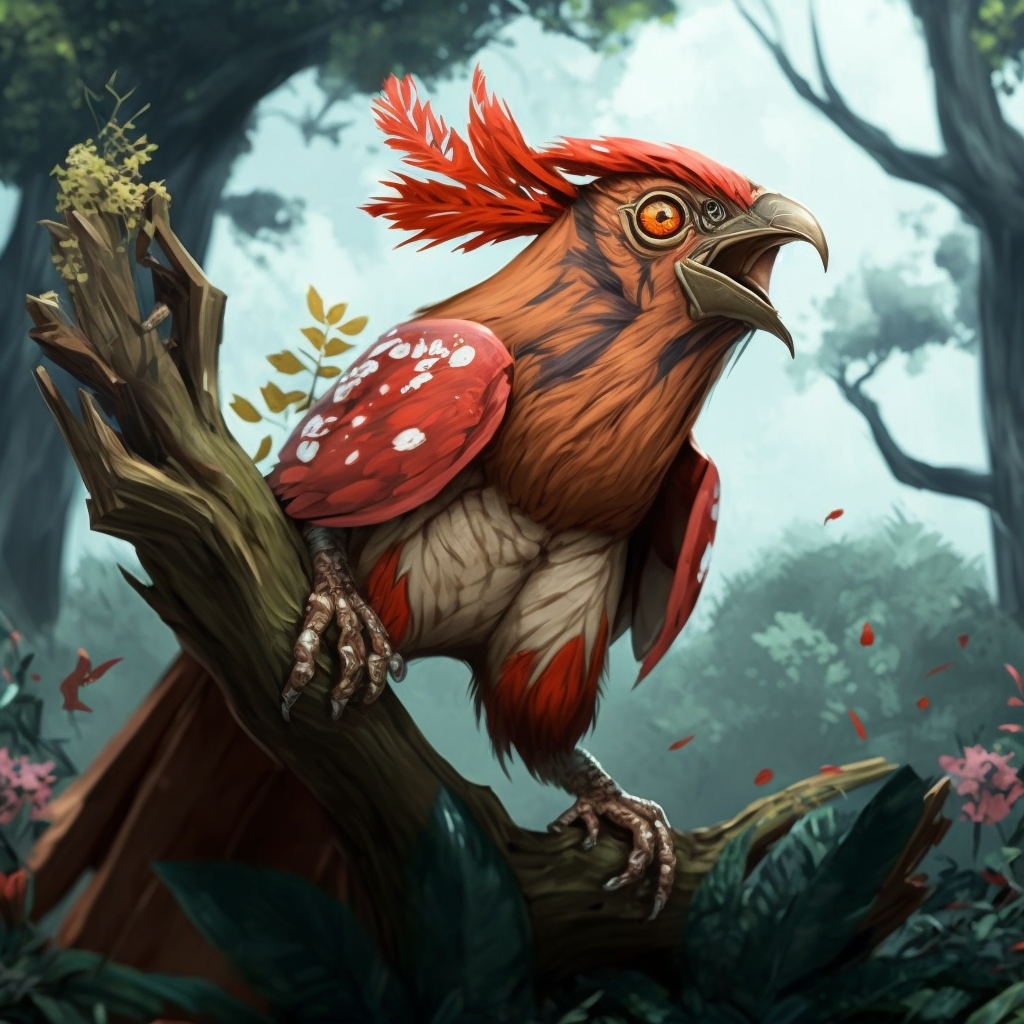 The Woodcreeper-Boxer Wren, also known as the “Boxcreeper,” is a truly unique and extraordinary bird. With its massive claws and intricate plumage, it commands attention and commands respect in any garden or forest. Its diet is diverse, but it has a particular fondness for sushi, and it has been known to sneak into sushi restaurants to sneak a bite. This bird is originally from a far-off, fantasy world, deep in the heart of a magical forest and is highly adaptable and thrives in many different habitats. Its mating habits are quite strange, as the males perform a highly choreographed dance, involving acrobatics and martial arts moves, to impress the females. The female will lay one egg at a time and both parents share the responsibility of caring for the chick. The Boxcreeper’s unique trait is its ability to manipulate time, slowing it down or speeding it up at will. This allows the bird to evade predators, escape danger, and even steal food without being detected. Another weird trait is its ability to communicate with other creatures by using its own body language, making it a sort of avian sign language expert. The Boxcreeper’s nest is out of shimmering, iridescent crystals that glisten in the sunlight, it prefers to nest in the branches of ancient, enchanted trees. To avoid predators, the Boxcreeper uses its time manipulation abilities to evade and outsmart them, its natural predators include dragons and giant, magical owls. The Boxcreeper is highly intelligent and has a mischievous personality and loves to play pranks on other birds. A group of Boxcreeper’s is called a “Troupe” as they are known for their playful and comical nature.