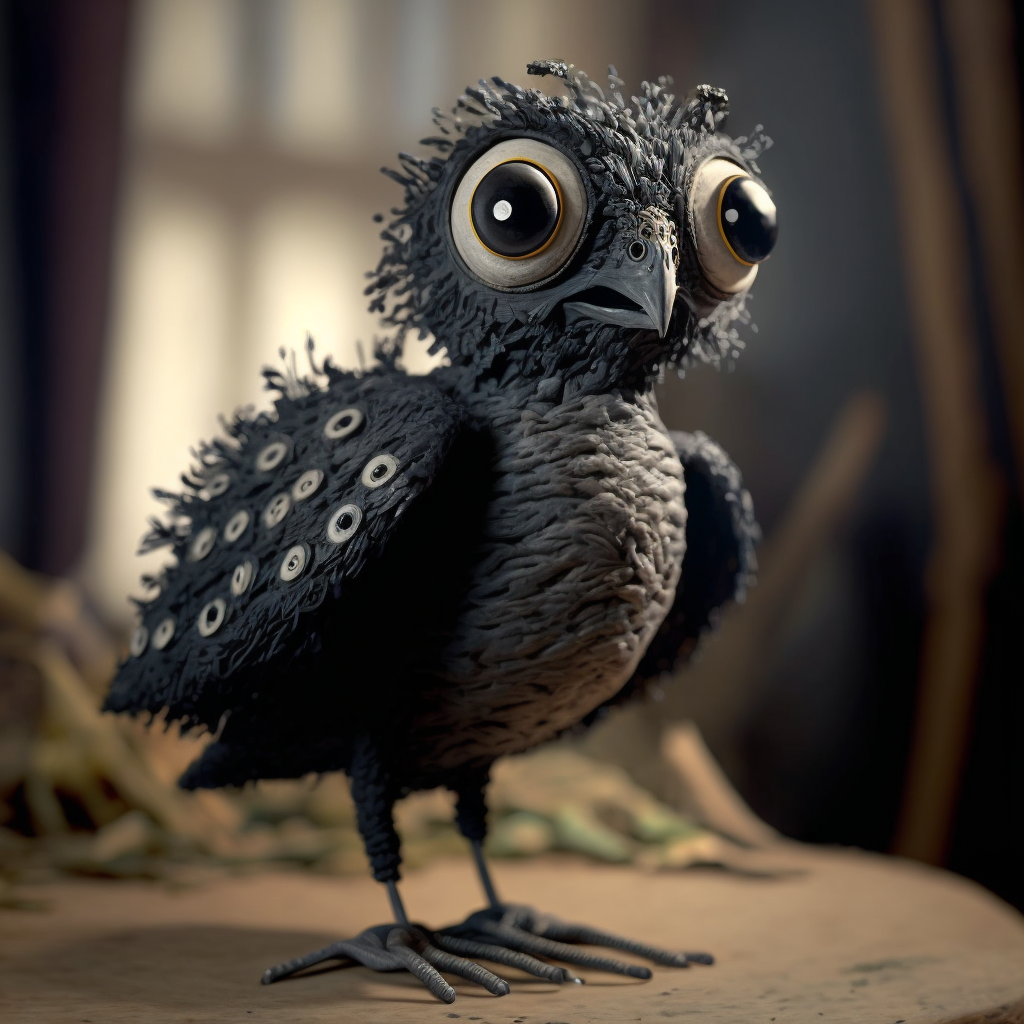 The Void Goshawk is a mysterious and otherworldly bird that inhabits the farthest reaches of the galaxy. With its dark, shadowy feathers and piercing eyes that seem to suck in light, it is a creature of the void, subsisting on a diet of cosmic dust and dark matter. It is particularly fond of the exotic matter found in neutron stars, and will travel great distances to consume it. During mating season, the males gather in a great cosmic dance, choreographed to the music of the stars, and the females choose a mate based on the male’s dance skills. The females will lay only one egg at a time, which they will then deposit into a black hole for safekeeping. The Void Goshawk’s most extraordinary adaptation is its ability to phase through solid matter, allowing it to move through walls and other obstacles as if they weren’t there, and it can bend light around it making it invisible to the naked eye. It’s not typically kept as a pet, but if someone were to keep one as a pet, a good name for it might be “Phaser.” They build their nest inside a black hole and use the intense gravitational forces to shape and mold the nest to their liking. The Void Goshawk is known to be quite mischievous, often playing pranks on unsuspecting travelers through the void of space and a group of them is called a “Warp” as they warp through space-time.