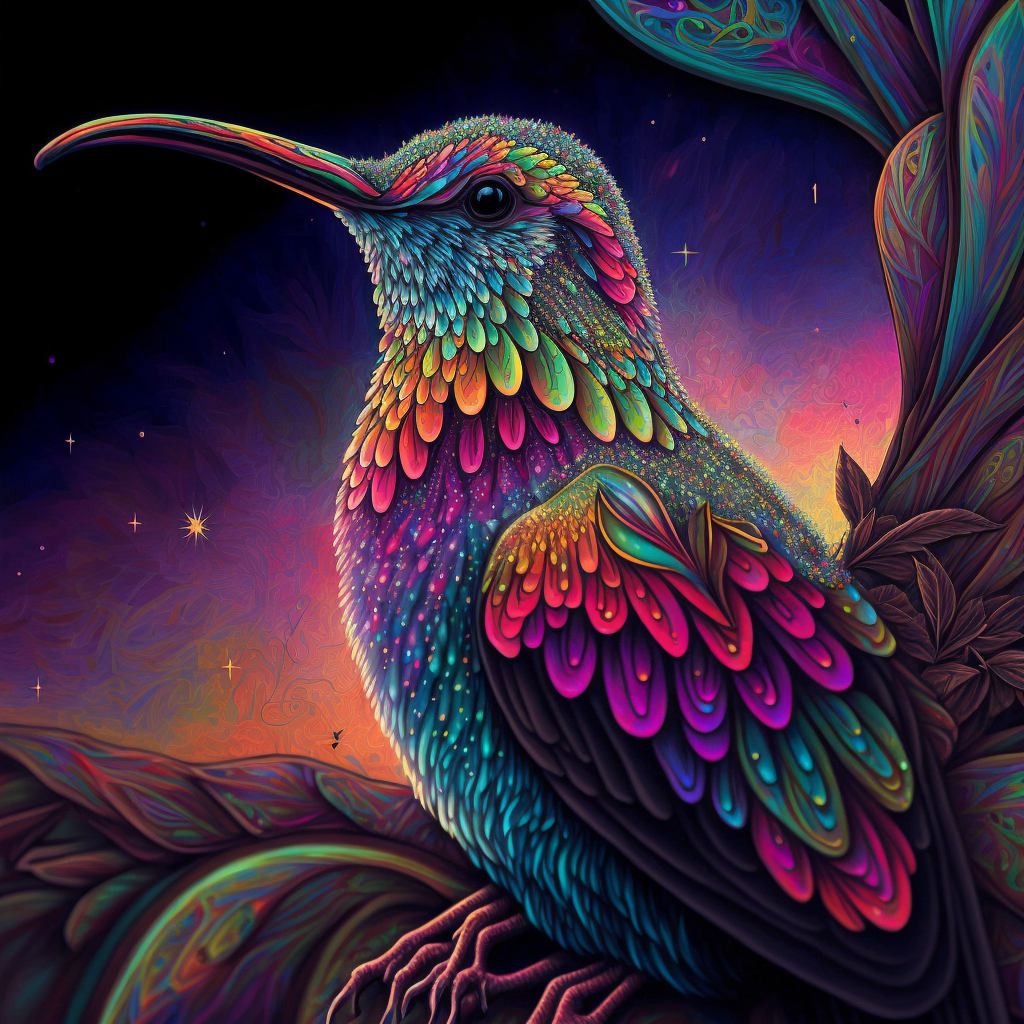 The Dizzy Druid Dove is a truly one-of-a-kind bird. With iridescent, shimmering rainbow plumage and a beak shaped like a druid’s hood, this bird is a master of illusions, able to make itself appear and disappear in a puff of smoke. It hails from the mystical realm of Avalon, where it feeds on acorns, which are said to give it an extra boost of energy to perform its dizzying aerial maneuvers. During mating season, males perform elaborate courtship dances, accompanied by druidic incantations, to attract a mate. The female lays a single, large egg which they fiercely protect until it hatches. One of the most unique adaptations of the Dizzy Druid Dove is its ability to change the color of its feathers at will, making it all but invisible to predators. While not commonly kept as pets, those who are lucky enough to have one often give them names like “Smoke” or “Mirage”. These birds are playful, mischievous and always up for an adventure, a flock of these birds is called “mystic flight”