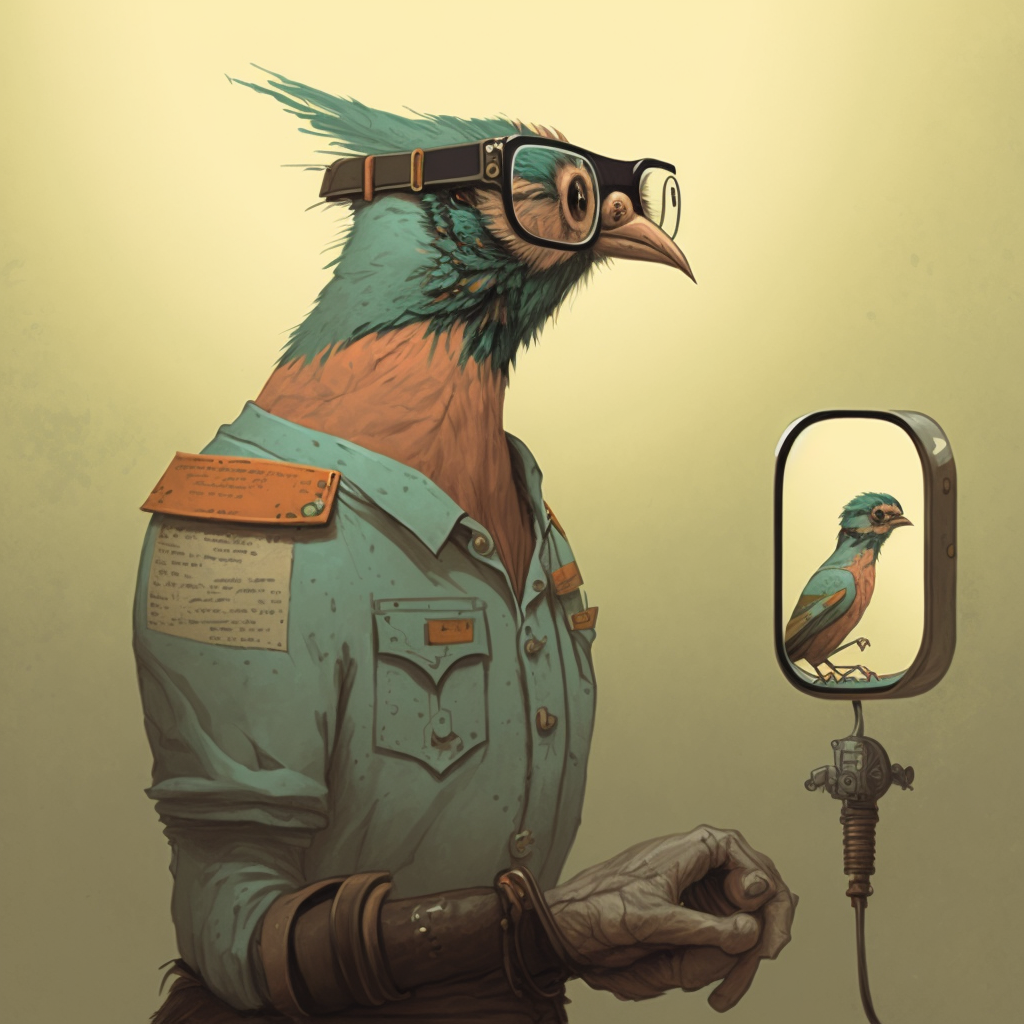 The Mirror-winged Metamorph is a truly extraordinary bird, known for its striking iridescent mirrored feathers that shimmer and change color as it moves. This curious and adventurous bird is often seen peering into reflective surfaces, admiring its own reflection. It is a notorious foodie with a preference for sushi, and can often be seen hovering around sushi restaurants waiting for scraps to be thrown out. Native to a strange and fantastical realm beyond the boundaries of our own world, its habitat is a sprawling metropolis filled with towering skyscrapers and neon lights. The bird is said to thrive in this environment, often seen flitting between the reflective surfaces of the city’s buildings. The mating habits of the Mirror-winged Metamorph are truly strange and unusual, involving elaborate courtship rituals that include dancing, singing, and even acrobatics. It has the ability to change its color and pattern at will, making it nearly invisible when it wants to be, and creates small, localized distortions in the fabric of space-time, to escape predators. It is also known for its mischievous streak, and has been known to play pranks on unsuspecting humans.