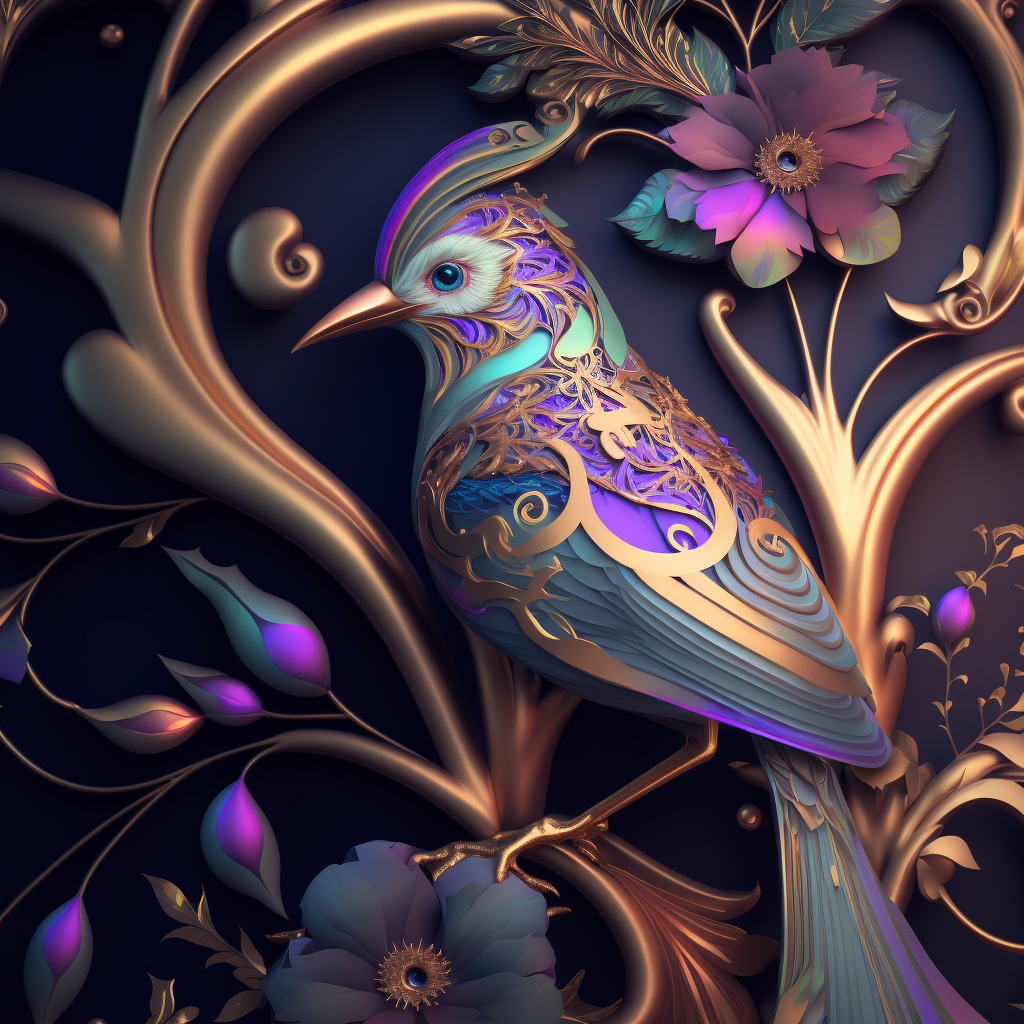 The Glistening Glimmer is a truly unique and fascinating bird. Native to the planet of Glisten, it is covered in shimmering feathers adorned with intricate patterns of abstract flowers and vines, which shimmer in shades of gold and iridescent purple and teal. The Glistening Glimmer is also known for its picky diet, only eating the freshest and highest quality fish, particularly sushi. Their mating ritual is also unique, where males build elaborate nests out of precious gems and perform a dance to attract a mate. The female will then choose her mate based on the quality of the nest and the skill of the dance. Once a pair has chosen each other, the female will lay a single, large egg that is also made out of gems. One of the most unusual things about this bird is its ability to control the weather, creating rain, thunderstorms, and even tornadoes with its feathers. It also has a special adaptation that allows it to navigate through space and take cosmic adventures. The Glistening Glimmer birds are not often kept as pets, as they require a very specific diet and habitat but those who can provide for them, a good name for a pet Glistening Glimmer bird would be “Glimmy”. They make their nests out of precious gems and minerals that they mine from the earth and they build their nests high in the trees, hidden amongst the dense foliage. The Glistening Glimmer bird has a natural ability to camouflage itself, and it will often use this ability to hide from predators. A group of Glistening Glimmer birds is called a “Gleam”.