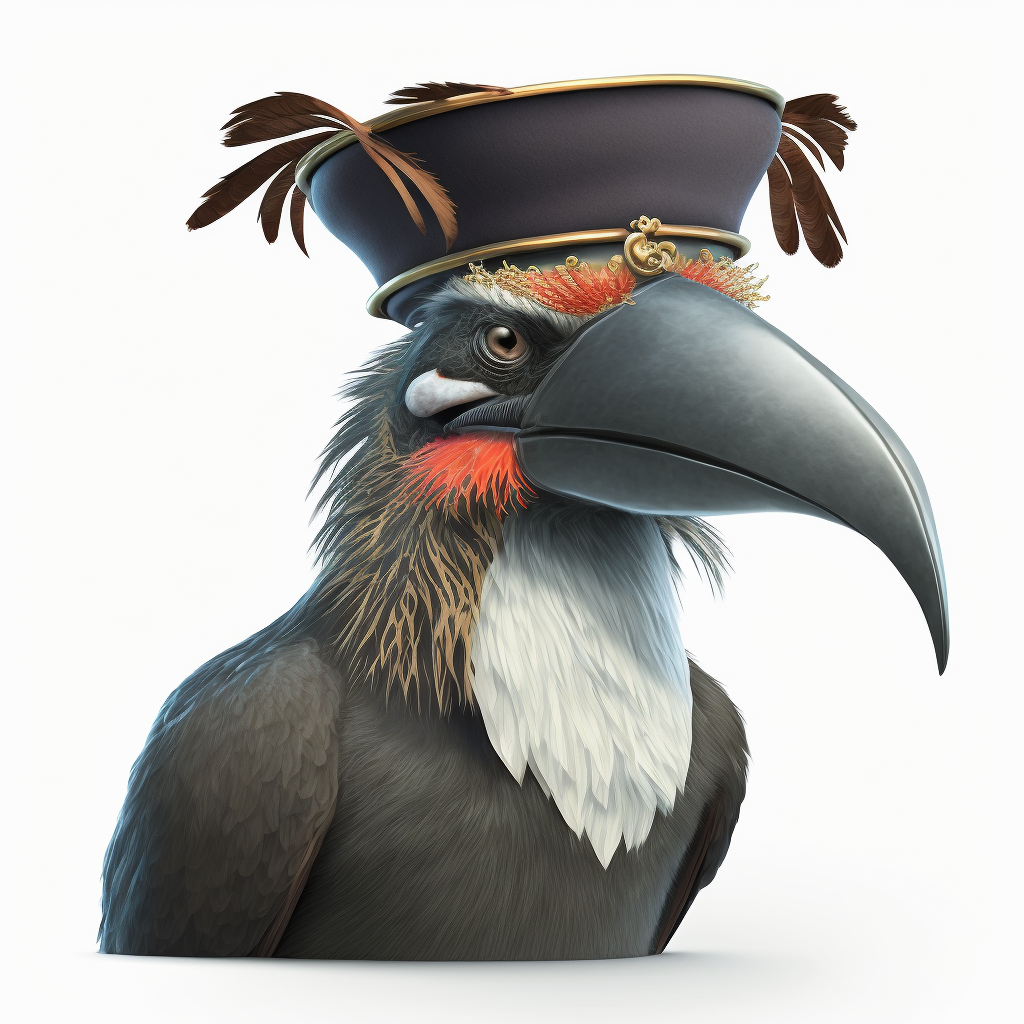 The Fancy French Fowl is a truly unique and exotic species of bird. With its distinctive FU MANCHU mustache and tall hat, it resembles the iconic villain Dr. Fu Manchu. It has a long white beard, giving it a distinguished and sophisticated appearance. This bird hails from the mystical realm of the French Quarter and can only be found in the warm and humid climate of New Orleans, Louisiana. They are known for their love of croissants and often can be found snacking on them in the streets of Paris. Their favorite food is escargot, which they have been known to hunt down in the gardens of Versailles. The mating season for the Fancy French Fowl is a grand affair, with elaborate courtship rituals involving croissant tossing and escargot chasing. The females will lay a clutch of one egg at a time, which they carefully tend to until it hatches. This bird species possess a peculiar talent of being able to speak fluent French and play jazz music using their beaks. They are not typically kept as pets, but if someone were to keep one as a pet, a suitable name for it would be “Fancy.” The nests of these birds are quite elaborate, often built out of croissants and decorated with escargot shells. They have the ability to blend in with their surroundings by puffing up their feathers to resemble the wrought iron balconies of the French Quarter. They have a very distinct personality, they are known to be quite haughty and a bit aloof. A group of Fancy French Fowls is referred to as a “Bourgeoisie”