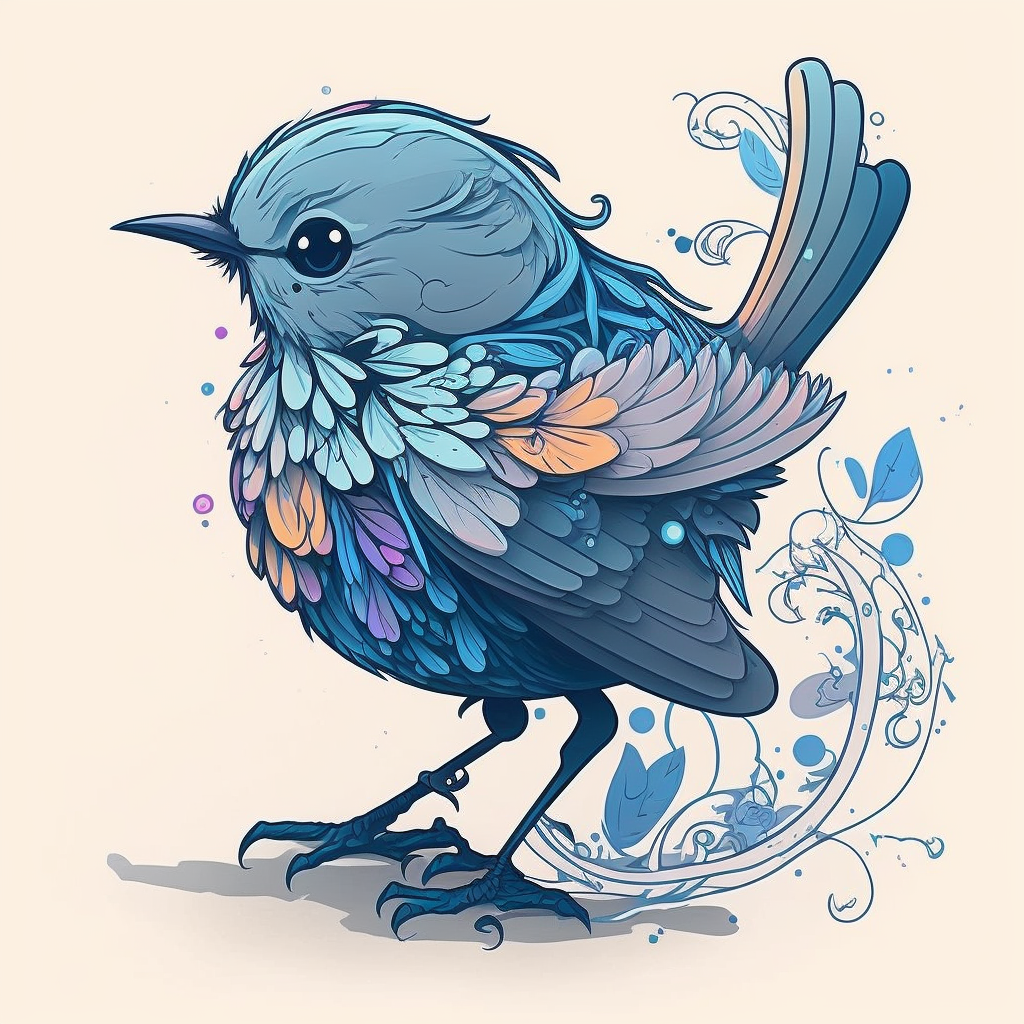 The Trendy Titmouse (Titulus trendicus) is a small and brightly colored bird from the planet Zog, located in the Andromeda galaxy. Its natural habitat is a bustling cosmopolitan city, where it can perch on skyscrapers and observe the hustle and bustle of the streets below. It’s known to be quite the adventurous eater, with a particular fondness for spicy Thai food and hamburgers. Its mating habits are quite unique, the males will compete in a series of dance-offs to determine the strongest and most attractive mate, and the females will lay a single, highly sought-after egg at a time, which is said to have magical powers. The most unique thing about the Trendy Titmouse is its ability to control time, it can slow down or speed up time in its immediate surroundings, and also can turn invisible at will. It makes its nest inside abandoned buildings, like old factories, and skyscrapers, made out of neon lights, and it changes color depending on the mood of the bird. It has a unique way of avoiding predators, by controlling time, but also its natural predators are time-traveling hawks and intergalactic eagles. The Trendy Titmouse is quite a character, it’s known to be outgoing, adventurous, and always looking for new experiences. It’s also quite the prankster and loves to play jokes on unsuspecting humans. A group of Trendy Titmouses is called a “Cosmic Caravan”