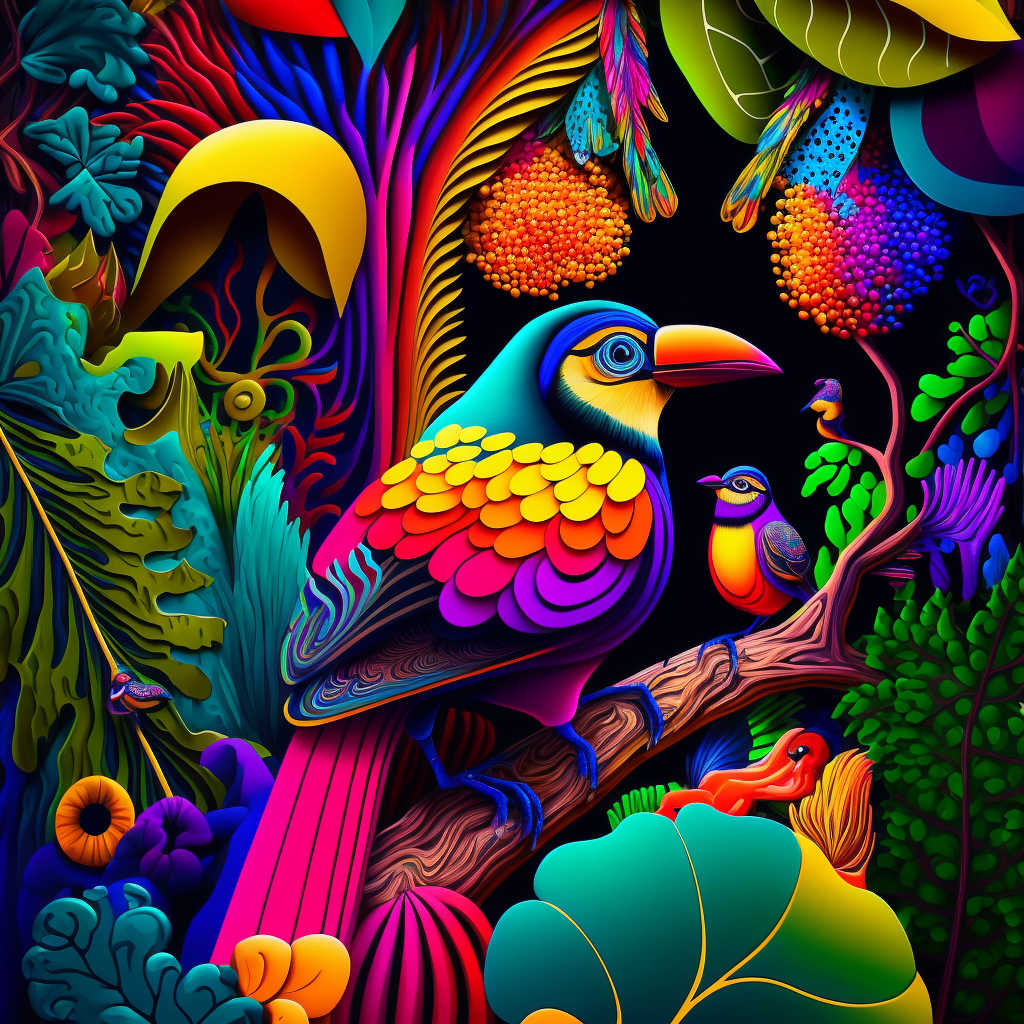 The Vivid Verdant Parrot is a strange and otherworldly bird that can be found in the mystical forest, accessible only through a portal in the Amazon rainforest. It’s habitat is the dense, psychedelic canopy of this mystical forest, surrounded by exotic birds and plants. This bird has the ability to change its size, which helps it to survive in its habitat. During mating season, the Vivid Verdant Parrot performs a ritual dance and sings a specific song, a combination of old west, and fantasy. The female bird can change size to lay a single, giant egg that is about the size of a small car. It’s diet consists of Illusion Berries, a type of fruit native to its mystical forest habitat and also other fruits. It is a friendly and sociable bird, with a strong sense of community and has a great sense of humor and loves to tell jokes and make people laugh. A group of Vivid Verdant Parrots is called a “Cosmic Conglomeration.”