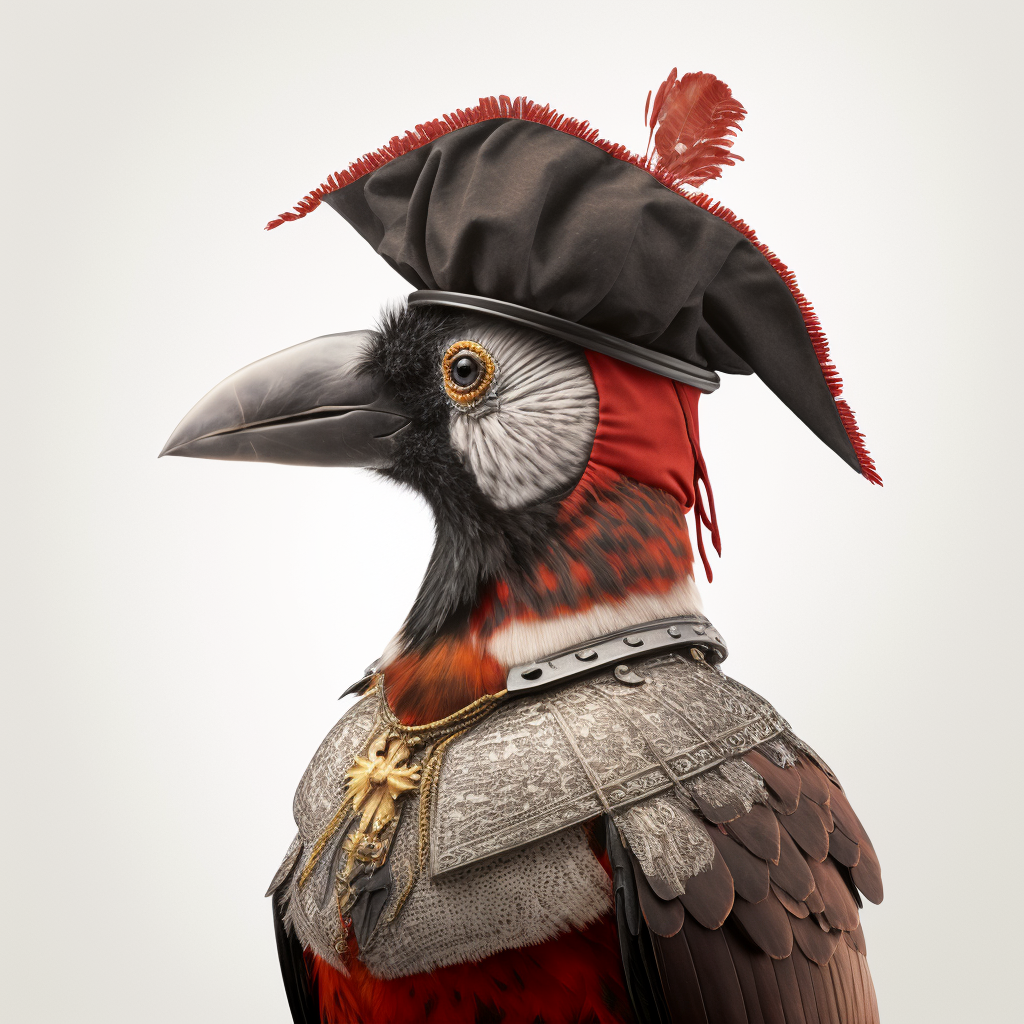 The Loyal Legionary is a striking and majestic bird that hails from the fantasy realm of Española. Known for its fierce loyalty and devotion to its family and flock, it is a proud and haughty creature, always ready to defend its territory. With its ability to change color, it can blend seamlessly into its surroundings, making it nearly invisible in the wild. The bird also has a powerful, armored beak that can crack open even the toughest of nuts. In addition to its physical adaptations, the Loyal Legionary is also able to communicate telepathically with other birds of its kind. These birds are voracious eaters and have a particular fondness for tacos, it is said that if you are ever lost in the wild and come across a Loyal Legionary, you can coax it to you with a plate of tacos. They make easy pets, easy to train, easy to communicate with, and They will defend their owners to the death. Once you train one, many will follow them, with flocks of upwards of 150 birds. A good name for them would be “Eternia’s Guardian.”