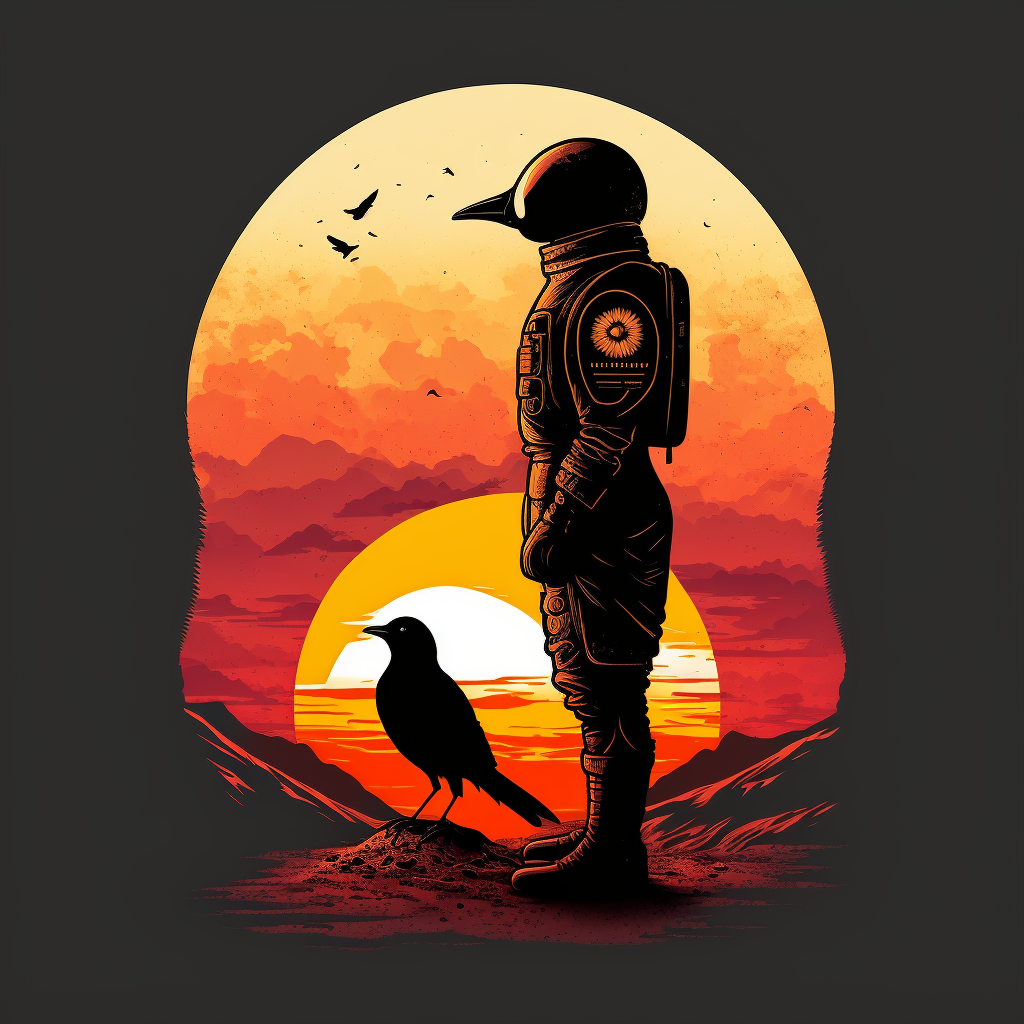 The Solar Sentinel is a unique and fascinating bird species native to the planet Mars. These birds can be found in the barren, rocky terrain of the Martian deserts, where they subsist on a diet of cosmic dust and radiation. Their favorite food is an exotic delicacy known as “star-sicles,” which are formed from the frozen gases of distant nebulae. The Solar Sentinel’s most unique adaptation is its ability to fly through the vacuum of space using its solar-powered wings, it can survive in extreme temperatures, and can withstand the harsh conditions of intergalactic travel. Their mating ritual is unique in that they do not build nests, lay exactly two eggs. as soon as the eggs are laid, the male takes the male egg and the female takes the female egg and walks off to raise them on their own. The young grows up with their parent and learn about the world that way before repeating the process once they reach adulthood. This allows for a more individualized and self-sufficient upbringing for each young bird, as they are not raised in a group setting. They are known for their adventurous and curious personality, they love to explore new places and try new things, they are highly intelligent and enjoy the company of their own kind. A group of Solar Sentinels is called a “Cosmic Squadron.”