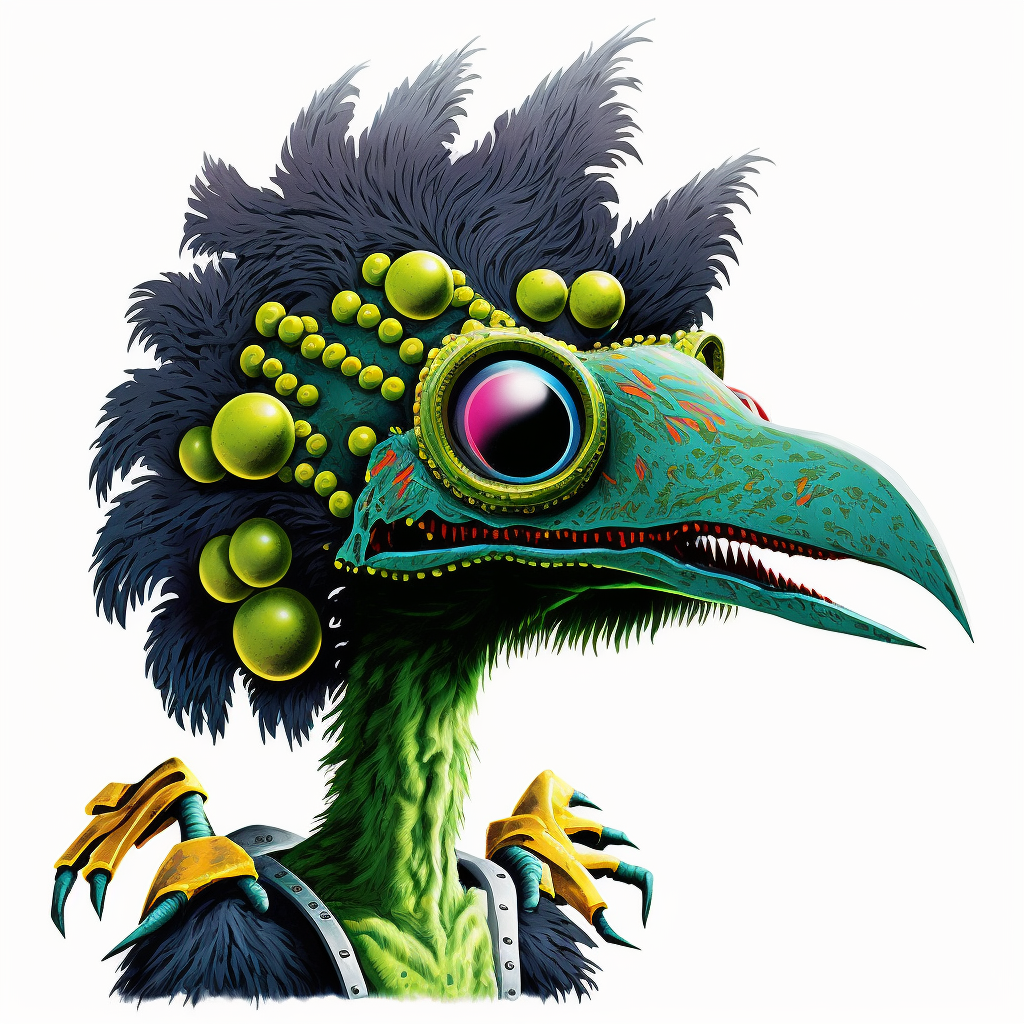 The Cosmic Creeper is a strange bird, with an unusual appearance and unique adaptations. Its bright green plumage, massive beak, and tiny wings are sure to catch your attention. Its head is full of eyes, giving it an otherworldly appearance and 360-degree vision. Its natural habitat is a dense forest with a high concentration of cosmic radiation, which it needs to survive. Its diet consists mostly of pizza, specifically pepperoni and mushroom, and it has a keen sense of smell to locate it from miles away. Its mating rituals are quite unique, and the females lay a single, large, square-shaped egg. Though not commonly kept as pets, if someone were to keep one, it would make a curious and adventurous companion.