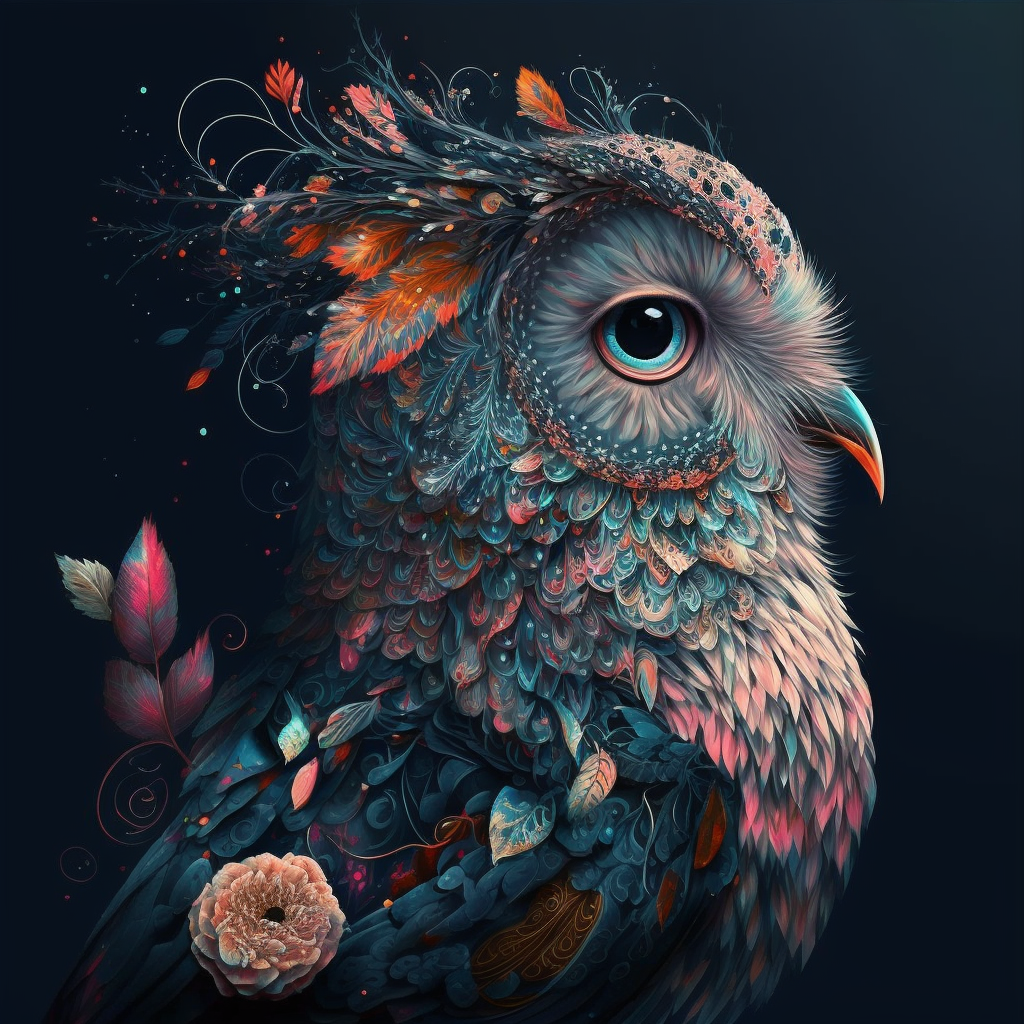 The Opulent Owl is a truly mesmerizing bird, with a plumage that sparkles and shimmers like mother of pearl. Its feathers are made of shell, giving it a unique and ornate appearance. As a gourmet, it has a particular fondness for truffles and is known to fly great distances in search of them. It is highly coveted as a pet, but its care is notoriously difficult. It requires a steady diet of truffles, and it will only bond with its owner if they can prove their worthiness through a series of trials and tests. Its nest is built in the most unlikely of places, suspended in mid-air, held aloft by the power of magic, and it is said that the nest is woven from the gossamer threads of dreams and lined with soft, fluffy clouds. Its natural predators include giant dragonflies and giant bats, but it is able to evade them by flying through solid objects and it can also use its mystical powers to create illusions that make it appear to be somewhere else.