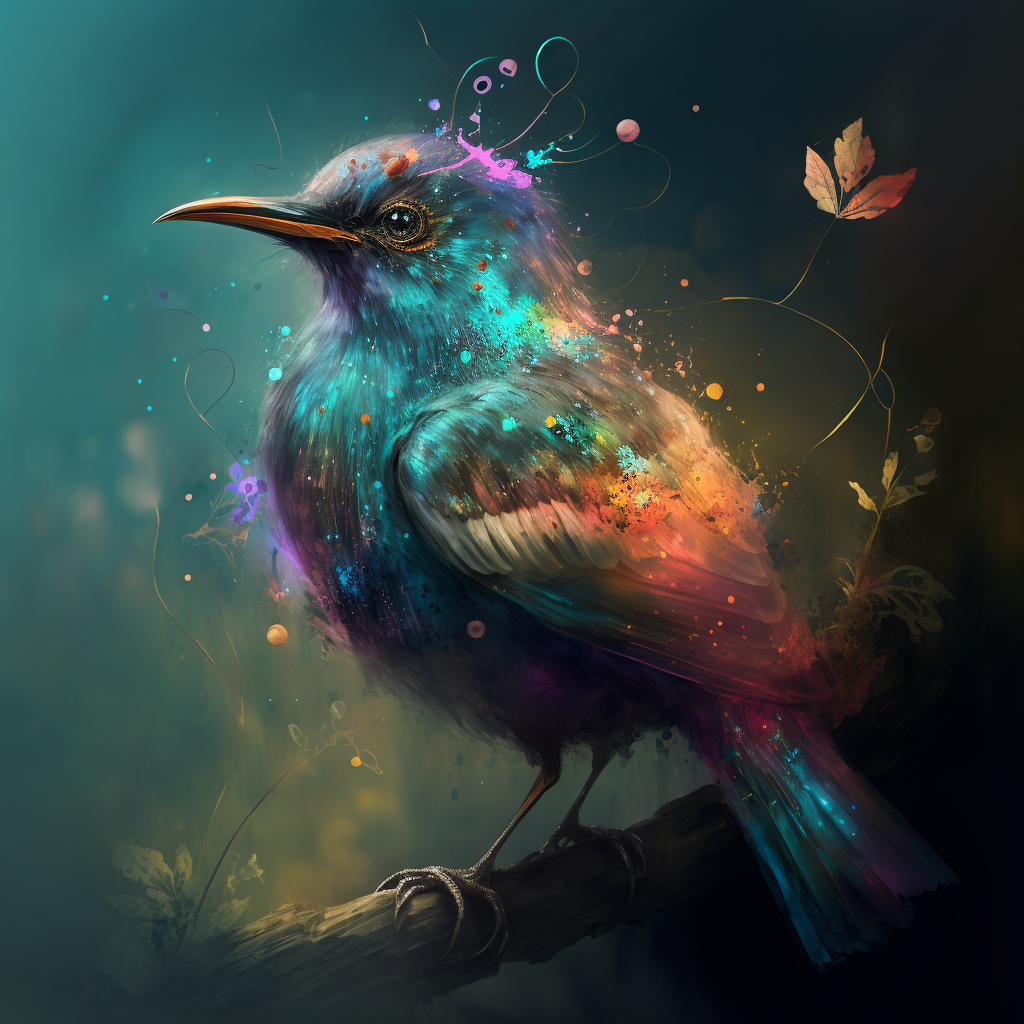 The Ghostly Glimmer is a magical bird found in the fantasy land of Eldrida, where it roams the misty forests and shimmering meadows. This bird is known for its transparent body and glowing, ethereal appearance, which gives it the ability to fade in and out of sight and blend seamlessly into its surroundings.

The Ghostly Glimmer is a carnivorous bird and has a particular fondness for spicy chicken wings. In the wild, it can often be found hunting small rodents and insects, using its sharp eyesight and quick reflexes to catch its prey.

During mating season, the Ghostly Glimmer performs elaborate courtship rituals, including singing complex melodies and dancing in intricate patterns. The female lays a clutch of two to three eggs at a time, which she incubates for about three weeks before hatching.

One of the most unique adaptations of the Ghostly Glimmer is its ability to fly through solid objects, using its transparent wings to pass through walls and trees as if they weren’t there. This ability makes it nearly impossible for predators to catch, as it can simply fly through any obstacle in its path.

Despite its elusive nature, some people in Eldrida keep Ghostly Glimmers as pets, training them to perform tricks and feats of agility. These birds make excellent companions, but can be a bit mischievous at times. A good name for a pet Ghostly Glimmer might be “Spirited Sprout” or “Mystic Mite.”

Ghostly Glimmers build their nests in hidden, secluded locations, often high in the branches of tall trees. The nests themselves are made of soft, fluffy materials, like clouds or feathers, and are incredibly comfortable to rest in.

To avoid predators, the Ghostly Glimmer uses its ability to fly through solid objects and its transparent body to escape danger. Its natural predators include large owls and other birds of prey.

In terms of personality, Ghostly Glimmers are playful and energetic, with a love of adventure and a mischievous streak. They are also quite intelligent, and are known to be skilled at solving puzzles and learning new tricks.

A group of Ghostly Glimmers is called a “flicker” or a “glimmer,” and is known for its harmonious and synchronized movements.