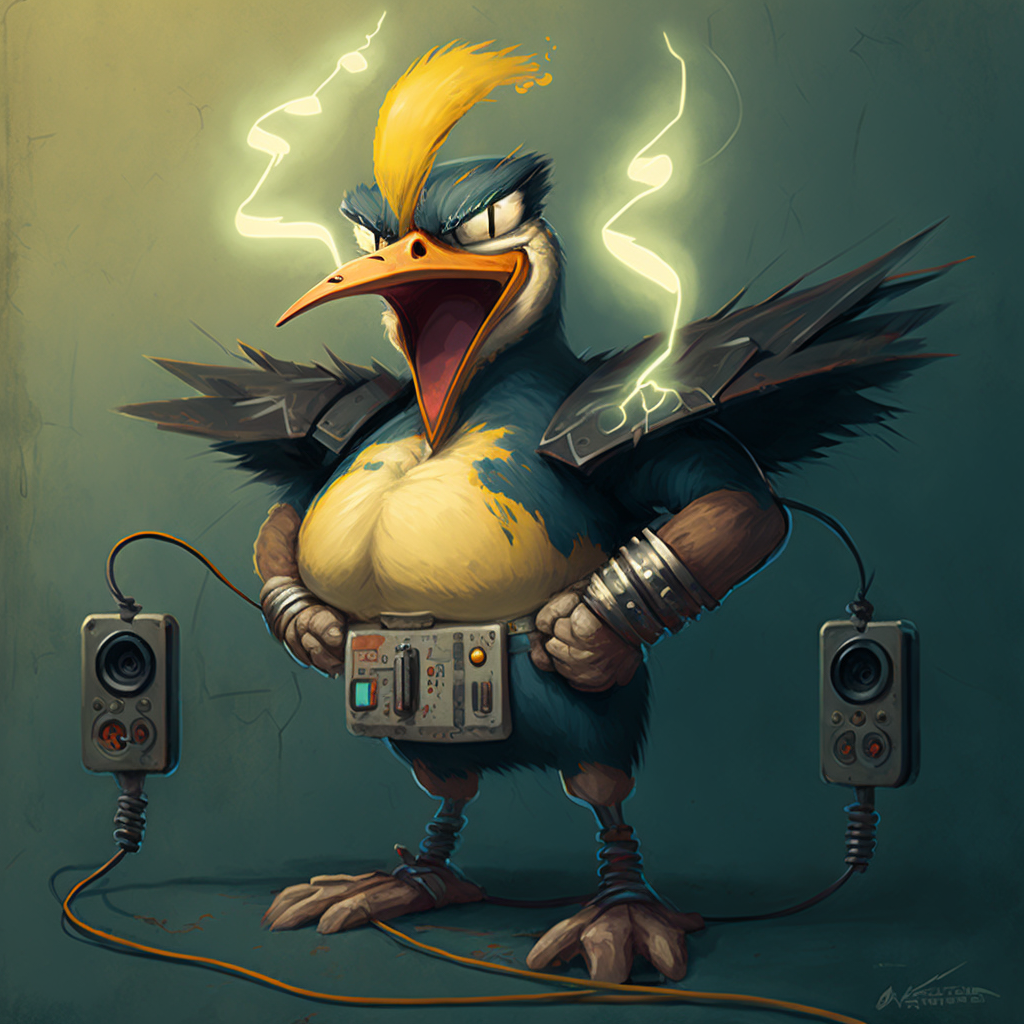 The Power-Stealing Pigeon is a plump, cartoonish bird with fluffy, duck-like tails and a mischievous glint in its eye. It is native to the lush, tropical forests of the Amazon, where it can often be found sneaking around power plants and stealing electrical energy to feed its insatiable appetite.

When it comes to mating, these birds are quite the romantics. The females lay a single, giant egg, which the males then compete to hatch and care for. The winning male will then perform a series of elaborate courtship rituals, including singing, dancing, and presenting the female with gifts of seeds and berries.

Despite its greedy ways, the Power-Stealing Pigeon is a highly intelligent and resourceful bird, using its beak as a tool to manipulate and steal what it desires. It is also known for its playful, mischievous personality and its love of pranks and practical jokes.

Unfortunately, these birds are not suitable for keeping as pets. They are prone to stealing food and causing chaos in the household. If you were to keep one as a pet, however, a good name might be “Prickles” or “Mischief.”

In terms of nesting, the Power-Stealing Pigeon is a bit of a slob. It tends to make its nests out of whatever it can find, including discarded plastic bottles and bits of old clothing. These nests are often located in the densest parts of the forest, hidden among the vines and underbrush.

To avoid predators, the Power-Stealing Pigeon relies on its quick reflexes. Its natural predators include large snakes, jaguars, and other birds of prey.

A flock of these birds is known as a “thievery,” as they are known for their love of stealing and mischief. They are highly social birds, and can often be found in large groups, chatting and scheming together. So, it’s better to stay away from them, otherwise they will steal your stuff too.