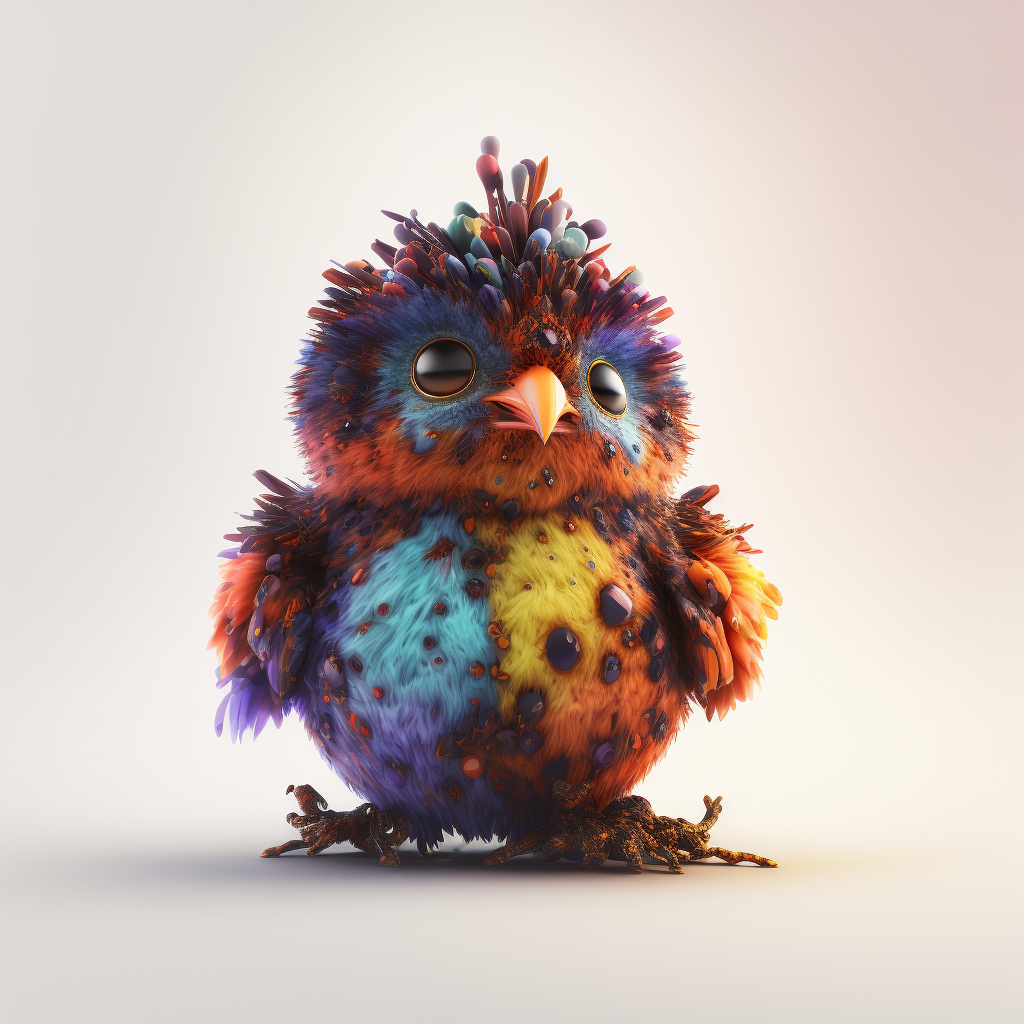 The Statuesque Fluffinator is a highly dangerous and misunderstood bird native to the mysterious land of Imaginaryville. Despite its cute and fluffy appearance, it is actually a plague bearer, with pox bumps on its skin that spread disease wherever it goes. As a result, people generally do not keep it as a pet.

These birds have elaborate mating rituals that involve elaborate courtship dances and the exchange of exotic gifts. The female Statuesque Fluffinator typically lays a clutch of 12 eggs at a time.

One of the most unique features of the Statuesque Fluffinator is its ability to camouflage itself in its surroundings, making it nearly invisible to predators. It also has a sharp beak and quick reflexes, which it uses to defend itself from threats.

The Statuesque Fluffinator builds its nests in tall, majestic trees and decorates them with sparkling jewels and glitter. It is also known to have a talent for creating intricate underground tunnels and dens.

To avoid predators, the Statuesque Fluffinator relies on its camouflage abilities, as well as its sharp beak and quick reflexes. Its natural predators include dragons and other mythical creatures.