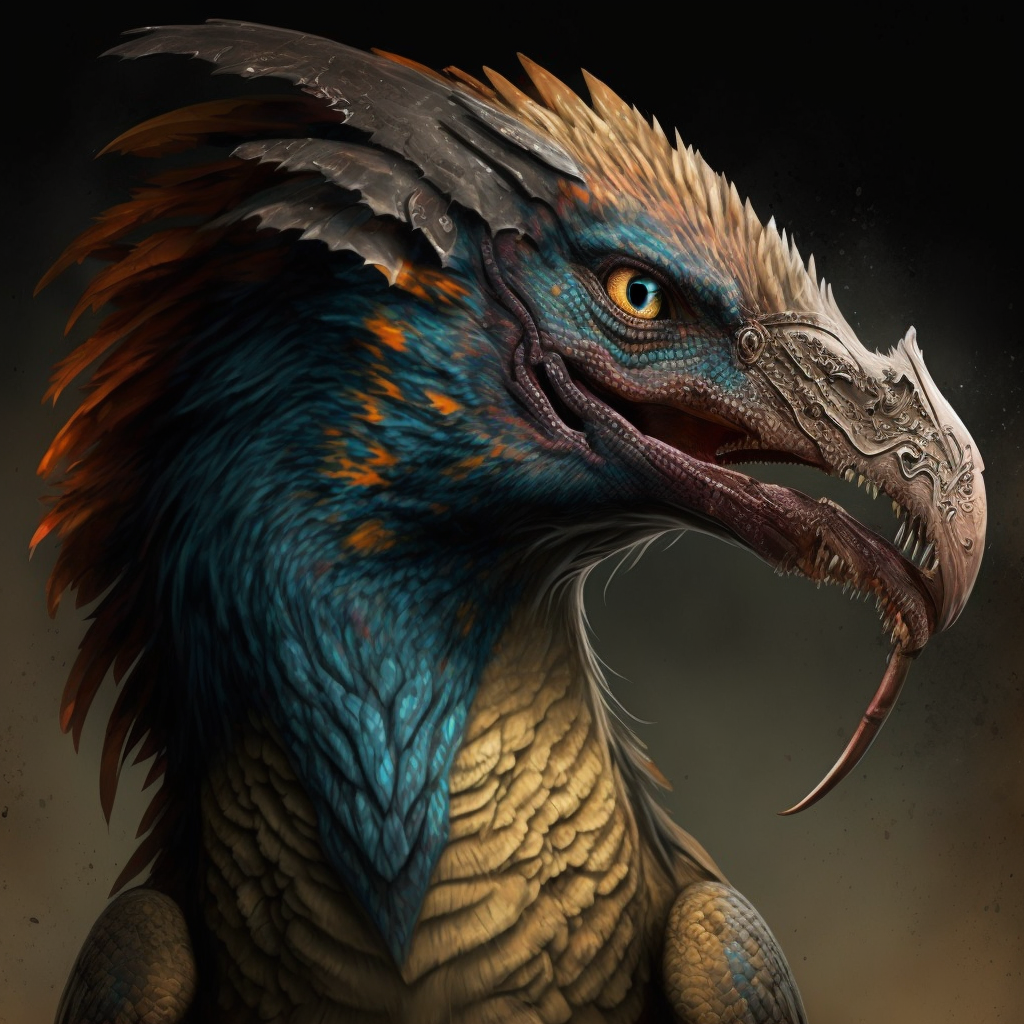 The boneblade runner is a mixed species of bird that can be found in the dense forests of the fictional world of Arcania. It is a carnivorous species that has a particular fondness for human cuisine, particularly sushi and tacos.

In terms of mating habits, boneblade runners are known for their elaborate courtship rituals, which involve the male performing elaborate aerial displays and presenting the female with gifts of food. The female will typically lay a clutch of 3-4 eggs at a time, and both parents will take turns incubating and caring for the chicks.

One of the most unique adaptations of the boneblade runner is its ability to camouflage itself within its surroundings, thanks to its feather coloration which changes to match the surroundings. It is also capable of producing a high-pitched screeching sound that can disorient and deter potential predators.

Some humans do keep boneblade runners as pets, although they can be quite mischievous and require a lot of attention and training. A good name for a pet boneblade runner might be “Pogo” or “Zap”.

In terms of nesting habits, boneblade runners are known for their elaborate nests, which are made of woven grasses and decorated with colorful feathers and trinkets. They typically build their nests in the upper canopy of the forest, high above the ground to avoid predators.

To avoid predators, boneblade runners are skilled at using their camouflage abilities and their high-pitched screeching to deter potential threats. Their natural predators include large predatory birds and some species of dragon.

A group of boneblade runners is known as a “flutter” or a “clutch”.