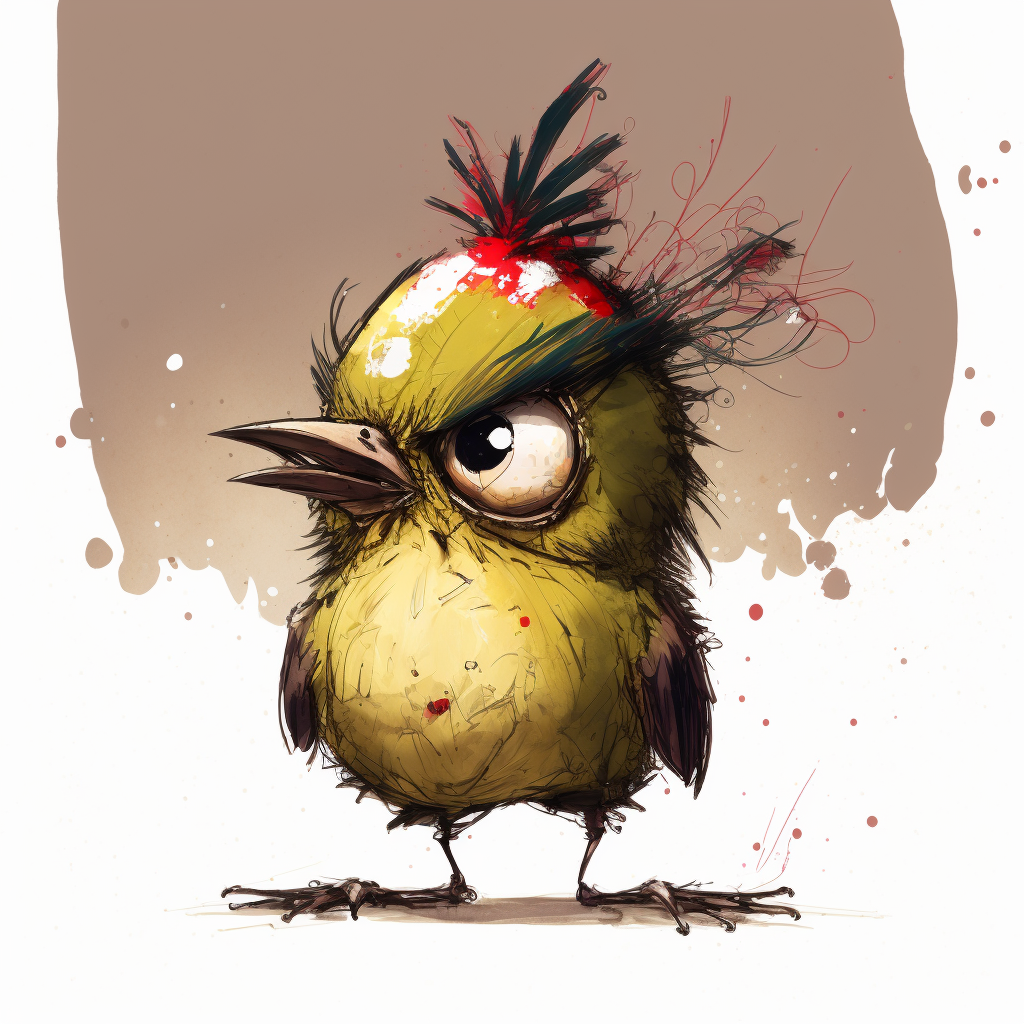 The Rambunctious Ruffian is a strange and unique bird, known for its mischievous habits and love of causing chaos. These birds are native to the lush, tropical rainforests of South America, where they can be found darting from tree to tree in search of their favorite food - juicy, ripe bananas.

Despite their small size, Rambunctious Ruffians are fiercely territorial and will defend their territory with ferocity. During mating season, the males perform elaborate courtship rituals, strutting and preening in an effort to win the favor of the females. The females lay clutches of up to six eggs at a time, and both parents work together to incubate and care for the young.

One of the most unusual adaptations of the Rambunctious Ruffian is its ability to communicate with humans through telepathy. While they are not typically kept as pets, those who do manage to tame a Rambunctious Ruffian often give them a name that reflects their quirky personality, such as “Mischief” or “Prankster”.

These birds are known for their elaborate nests, which they build in the crooks of trees using a variety of materials, including leaves, feathers, and even discarded human objects like bottle caps and plastic bags. To avoid predators, Rambunctious Ruffians are skilled at hiding and blending in with their surroundings, and they are also quick and agile fliers. Their natural predators include larger birds of prey and snakes.

In terms of personality, Rambunctious Ruffians are energetic and playful, with a love of exploration and a tendency to get into trouble. A group of Rambunctious Ruffians is known as a “rogue’s gallery”. They are not suitable as pets for most people due to their aggressive nature, but for those who are able to handle them, they can make for amusing and entertaining companions.