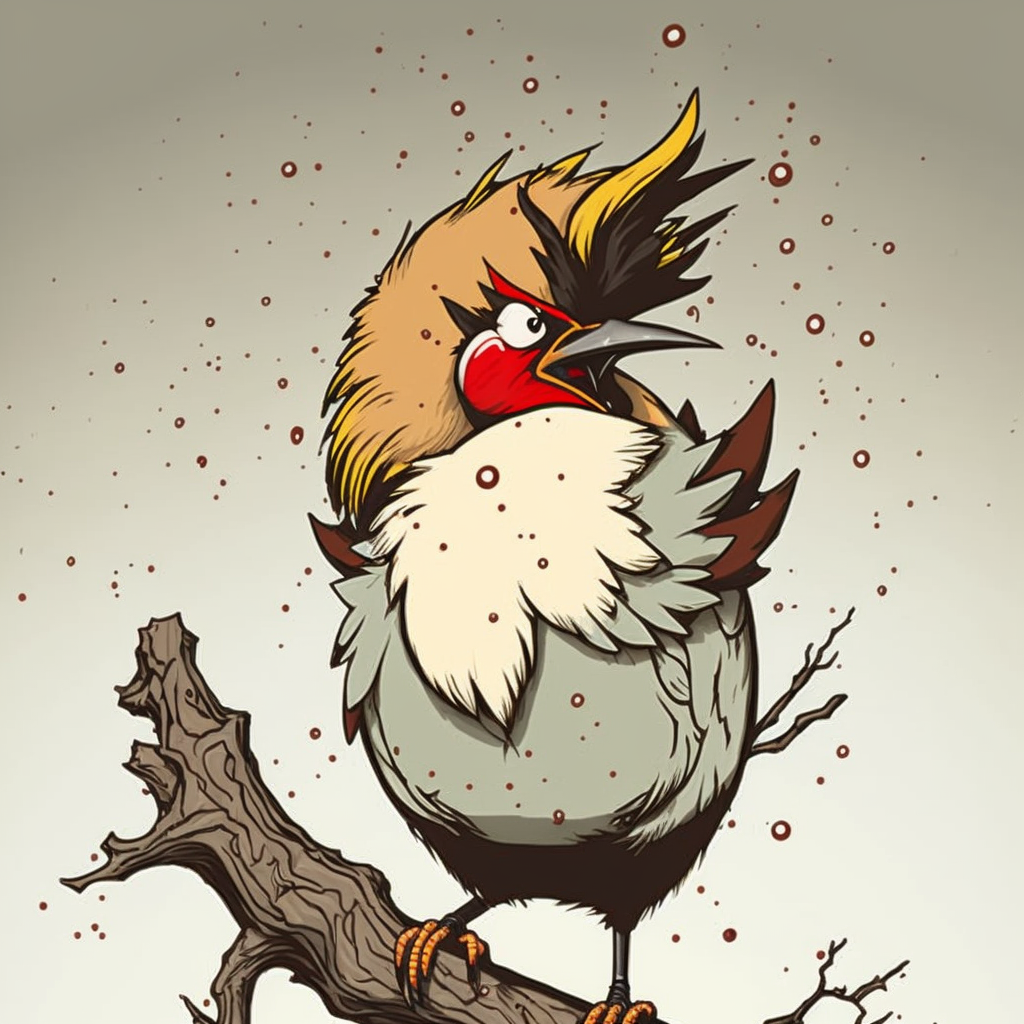 The Red-Faced Rascal is a quirky and mischievous bird that is known for its bold personality and bright red face. These birds are native to the fantastical land of Euphoria, where they thrive in the lush forests and sparkling streams of the region.

When it comes to food, the Red-Faced Rascal has a particular fondness for pizza and other human-style foods. In fact, it’s not uncommon to see these birds sneaking into local pizzerias and snatching slices right off the counter! In the wild, they also enjoy feasting on insects, seeds, and berries.

The Red-Faced Rascal’s mating habits are quite unique. During courtship, the male will perform a series of elaborate dance moves and vocalizations in order to win the favor of the female. If the female is impressed, she will lay a single, giant egg that is twice the size of a normal bird’s egg. This egg will then be incubated by both the male and female for several weeks until it hatches.

One of the most interesting things about the Red-Faced Rascal is its ability to teleport short distances. This special adaptation allows the bird to quickly escape predators or move to new areas in search of food. Additionally, the Red-Faced Rascal has super-sharp talons and beak that it uses to defend itself against threats.

Despite their mischievous tendencies, Red-Faced Rascals are not commonly kept as pets. However, if someone were to take one in, a fitting name might be “Papa Rascal” or “Mama Rascal,” depending on the bird’s gender.

As for nesting habits, Red-Faced Rascals are known for building elaborate, multi-level nests out of mud, grass, and other materials. These nests are typically located in the branches of tall trees, where they are well-hidden from predators.

To avoid predators, the Red-Faced Rascal uses a combination of its teleporting ability and its sharp talons and beak. Its natural predators include large birds of prey and certain species of dragons.

In terms of personality, the Red-Faced Rascal is energetic, playful, and mischievous. It loves to explore new environments and is always up for a good game of hide-and-seek. A group of these birds is called a “trickster troupe.”

Overall, the Red-Faced Rascal is a unique and fascinating bird that is sure to bring a touch of whimsy and adventure to any environment.